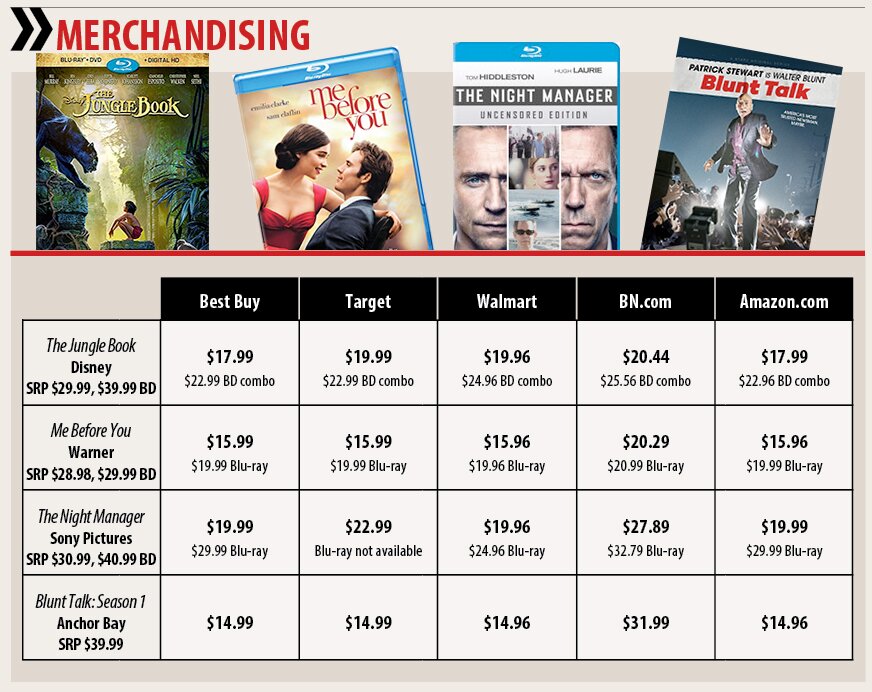 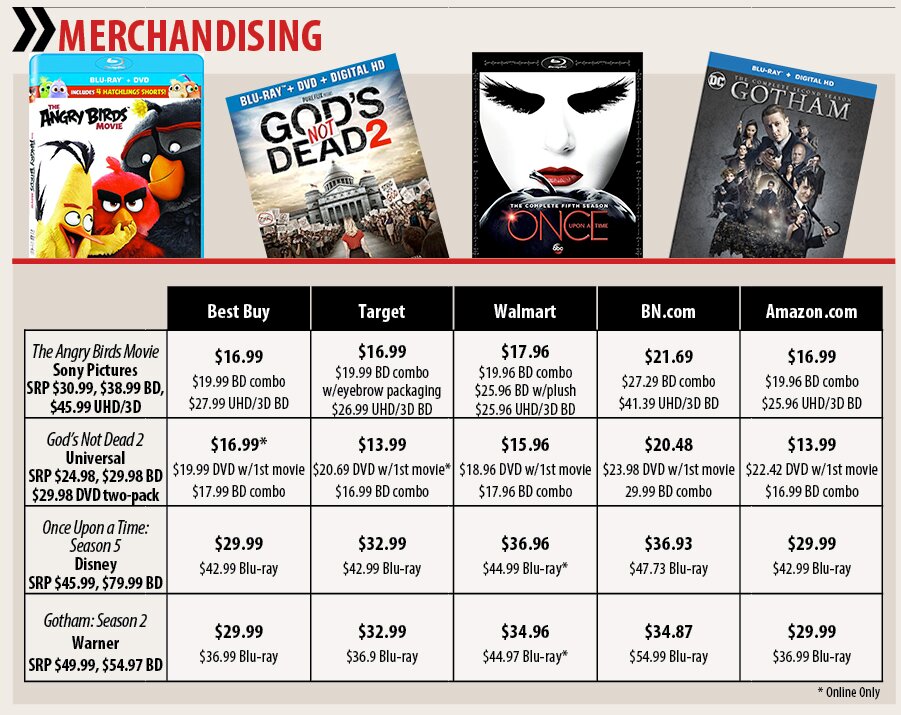 Get Some Popcorn With 'Scooby-Doo'

Aug. 9 was a slow week for new home video releases, but Target offered exclusives on a couple of titles.

Target gave a free six-pack of Pop Secret popcorn with the purchase of Warner's Scooby-Doo! and WWE: Curse of the Speed Demon on disc.

Best Buy offered 100 My Best Buy points with preorders of the Blu-rays of Disney's The Jungle Book and Captain America: Civil War, Warner's The Flash: Season Two and Arrow: Season Four, and Paramount's Teenage Mutant Ninja Turtles: Out of the Shadows.

Warner's Batman v Superman: Dawn of Justice arrived on shelves July 19 with several retail-exclusive packaging options from which fans would have to choose.

Walmart offered a single-disc DVD version with no extras and special box art.

Target offered an exclusive deluxe edition of the third film in "The Divergent Series" containing special box art and a bonus disc with 30 minuts of extra footage.

Also, $8 coupons for Star Trek Beyond were available in specially marked "Star Trek" DVDs and Blu-rays.

Walmart offered $10 in Vudu digital credits with the purchase of select Lionsgate titles, such as Divergent, The Hunger Games and The Expendables.

Studios used the day after the July 4 holiday as a dumping ground for a number of low-profile DVD and Blu-ray titles, with Sony Pictures' fourth-season disc of "House of Cards" being the only title consistently available at most stores. Best Buy offered a $5 discount with the purchase of the new season with a previous season on disc.

In one sense, the biggest title of the week could be considered to be The Mermaid (Mei Ren Yu), a Chinese film that has earned $553.8 million at the global box office. But with just $3.2 million in U.S. theaters, the retail distribution of the Sony Pictures DVD and Blu-ray will likely maintain the film's Stateside obscurity. Of the major retailers, only Target had a slot for it on its shelves, for the DVD version. Best Buy's website indicates the title isn't available in its stores, while the Walmart and Barnes & Noble websites list it on DVD only as a double feature with Kung Fu Hustle.

The only retailer exclusive for the week was Walmart's DVD two-pack of Sony Pictures' Emma's Chance and The Dog Lover.