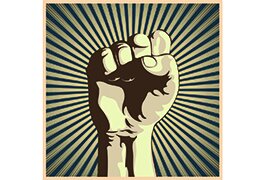 U.S. Latinos love watching movies, and they make up a huge portion of the moviegoing population. That’s pretty much what a panel of experts said June 8 at the Produced By Conference in Los Angeles, as reported in The Wrap ().

Part of me thinks, “Um. Yes, we’ve known this for a while already. Why are we still discussing this?” (See any of my coverage of this over the past 10 years.) But another part of me sees the continued relevance of this conversation. The current research showing the strength and influence of those numbers on the industry isn’t any less potent, and more importantly, it’s not just us Latinos having these conversations anymore. Rather, these discussions are now taking place more frequently among non-Latino executives and decision-makers in the overall mainstream industry.

Now, one thing the panel didn’t address much of was the packaged-media and digital slices of the entertainment pie.

Studies show that 75% of Latinos own high-quality home entertainment systems, and 63% of them rent DVD or Blu-ray movies, as reported in .

Again, this isn’t all that new. A report dating back to 2009 indicated that Latina women in particular are big DVD consumers and above-average consumers of online and mobile video as well, according to a study by Solutions Research Group Consultants Inc. And I can go back even further with similar research and figures.

And now that the industry at large is taking more notice of Latino buying power and influence, we’re starting to see a rise in higher-quality Latino movies and the marketing of it. In my opinion, this is the best part.

Lionsgate’s 2013 film Instructions Not Included, starring and directed by Mexican star Eugenio Derbez, broke a number of records at the box office, including becoming the No. 1 Spanish-language film in the United States. It was one of my favorite movies of the year, and probably would not have been made 10 years ago. In fact, it took Derbez 12 years to make.

Derbez also told me during an interview that he knew the film would also do well on home video, and his prediction was right. Upon its retail debut in January the movie, distributed by Lionsgate, landed at No. 3 on Nielsen’s VideoScan chart and remained in the top 10 sales chart for another week. The movie also appeared in the top 20 rental chart for three weeks in row.

Another studio that is taking note of the Latino market is Paramount, which pointedly made the decision to the include Latino characters and Spanish dialogue in the most recent “Paranormal Activity” film. To my surprise — and, I think, the surprise of other Latinos in the industry as well as audiences — they got it right. No stereotypes. No mixing up of Latino cultures. No incorrect dialogue. This film, too, showed up on Nielsen’s top sales and rental charts upon its debut.

Digital platforms might arguably be even more successful among Latino audiences.

Latinos are watching more videos online than the rest of the U.S. population, according to Centris Marketing Science’s July 2013 U.S. Communications and Entertainment Insights report.

The report also found that 33% of American Latino households subscribe to Netflix, versus 25% of U.S. households overall.

Another beacon in the digital entertainment market for Latinos is Hulu, whose site draws more than 1 million unique monthly Latino viewers, according to Rodrigo Mazon, content acquisition director for Hulu, as reported in . He said that number continues to grow in the double digits, month-over-month since the channel launched two-and-a-half years ago.

And Hulu has created quality original programming, such as “East Los High,” and also supports it as well as third-party content with the marketing dollars.

Now this is just consumption of Hulu Latino. I can only imagine how much regular Hulu content Latinos are also viewing.

Meanwhile, Netflix has it’s own content in the works, a new yet-to-named soccer series — just in time for the World Cup — as well as “Narcos.”

It's an exciting and interesting time for us. As the mainstream industry takes increasing notice of Latinos’ exploding purchasing power, I think we’ll see a rise more Latinos in front of (and behind) the camera, as well as better Latino content.