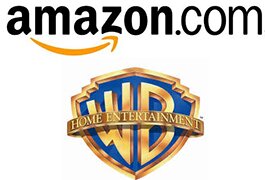 On May 29 a fan of the anime series “Bleach” and “Naruto Shippuden” posted on distributor Viz Media’s Facebook page, asking why the latest DVD installments of those shows were unavailable for preorder on Amazon.

“Hi Sam, our products are distributed by Warner Brothers, and currently they're in contract negotiations with Amazon,” Viz Media replied. “Preorders are disabled while that goes on, but we’re hoping it will be resolved soon.”

That one-paragraph reply to a customer concern on social media offered insight into a dispute that reaches beyond a pair of fringe home entertainment titles. Since mid-May, Amazon has prohibited the preorder availability of nearly every Warner-distributed new-release disc title, including heavyweights The Lego Movie (June 17) and 300: Rise of an Empire (June 24). Notably, Amazon Instant Video early electronic sellthrough of new-release Warner titles has been unaffected.

A Warner spokeswoman told Home Media Magazine the studio had no comment regarding the preorder situation. Amazon did not respond to repeated requests for comment.

Amazon has some leverage here. It’s America’s No. 1 online retailer, and the loss of brick-and-mortar sellthrough outlets for disc can only embolden the company in contract negotiations, even when it comes to the biggest studio in Hollywood. Amazon has already shown it’s willing to play hardball with suppliers, evidenced by its well-publicized fight with book publisher Hachette.

While the Warner/Amazon dispute may seem troublesome to distributors, the retailer’s apparent hardline stance on disc — when so many other outlets exist — could backfire. There are no shortage of alternatives to Amazon for Warner’s discs: head over to Walmart.com and preorder anything the studio offers. Warner is happy to let consumers preorder titles via its own online store.