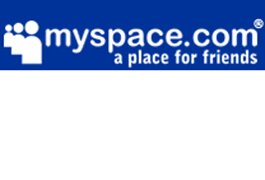 Patented Auditude technology identifies professional content owned by MTV and Viacom within video clips posted to MySpace and allows MTV to place ads alongside those clips. Additionally, Auditude is launching Attribution Overlay, which automatically identifies content to inform viewers about shows being viewed online, and will allow content owners to integrate that information as well as additional information and links, such as to buy the show online.

“Auditude is opening the floodgates for users to program video on MySpace and ensure copyright holders get paid,” said Jeff Berman, MySpace president of marketing and sales. “In one fell swoop, Auditude and its partners are empowering consumers and building a better business model. That's a good deal all around.”

This would contrast with the copyright infringement lawsuit Viacom filed against Google Inc.’s YouTube last March, which contended that more than 160,000 copyrighted clips from MTV, Comedy Central, Paramount Pictures and other programming appeared illegally on YouTube.

“It does look like Viacom is softening their stance a bit, with full judgment probably being reserved by them to see how things go,” said Edward Woo, research analyst with Wedbush Morgan Securities. “I believe other media companies will try to emulate Viacom or try other things as traditional advertising on TV gets more challenged from Internet content. This will be much more so if Viacom can generate meaningful revenue or if their traditional revenue sources fall off faster than expected.”

“Once something like this is done, it is used as a template by the other networks who are all chasing additional revenue, particularly this year,” Enderle said.

More than 250 million videos, including 4 years worth of 100 channels of television, have been indexed with the technology. MTV Networks content also includes Comedy Central, and affected shows include “Punk’d,” “True Life” and “The Daily Show With Jon Stewart.”