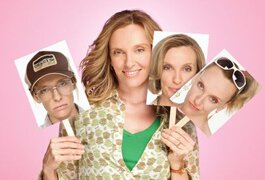 The streams will be available on PCs, Intel-based Macs and televisions connected to any of a number of Web-enabled devices, including select LG and Samsung Blu-ray players, Microsoft’s Xbox 360 and TiVo.

Netflix in 2007 began its partnership with Showtime when it premiered advanced streams of the second season of “Californication,” starring David Duchovny as a sex-addled novelist who relocates to California to overcome writer’s block.

Robert Kyncl, VP of content acquisition for Netflix, said the Showtime premieres represent value-added programming to the burgeoning streaming service, which he said, "is appreciated by our members, who are always looking for new and interesting shows to enjoy."