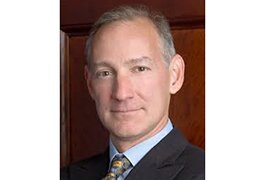 On the heels of HBO disclosing new details about its pending subscription streaming service, Greg Maffei, CEO of Liberty Media Corp., contends SVOD has a better chance of succeeding with Starz than HBO. Liberty completed the spin-off of Starz in 2013.

“I don’t think there are 10 million subscriptions out there,” Maffei said.

That said, the CEO believes HBO is smart bowing the service at $15 (instead of rumored $19) and partnering with Apple, which he said has a well-established online distribution channel and brand awareness through iTunes, the iPhone and iPad.

“I’m not sure [HBO Now] is massively more attractive for them and makes more money for them than a cable subscription. In fact, I think they will make less,” Maffei said, alluding to Apple’s cut and customer service fees, among others, from the monthly subscription charge.

“But if it taps a new market, and along as it’s not substitutional, they’ll be ahead. So it’s probably a wise way to attack the market. I still question whether it will be a huge opportunity for them,” he said.

For Starz, however, Maffei said SVOD promises innovation and a new way to test distribution while maintaining existing relationships with cable, telecom and satellite partners.

“All of these innovations on the margins is a good thing for Starz,” he said.

When asked his response to the Federal Communications Commission’s recent vote to reclassify the Internet as a utility, Maffei likened the FCC action as overkill — regulatory Armageddon if you will.

“It’s seems like you used a nuclear weapon to get rid of a potential fly,” he said bluntly.

The executive said irrational fears from net neutrality advocates about the rights of content holders and distributors resulted in mandated price and rate-of-return regulation — both of which he said are currently excluded provisions (forbearance) in telecommunications law.