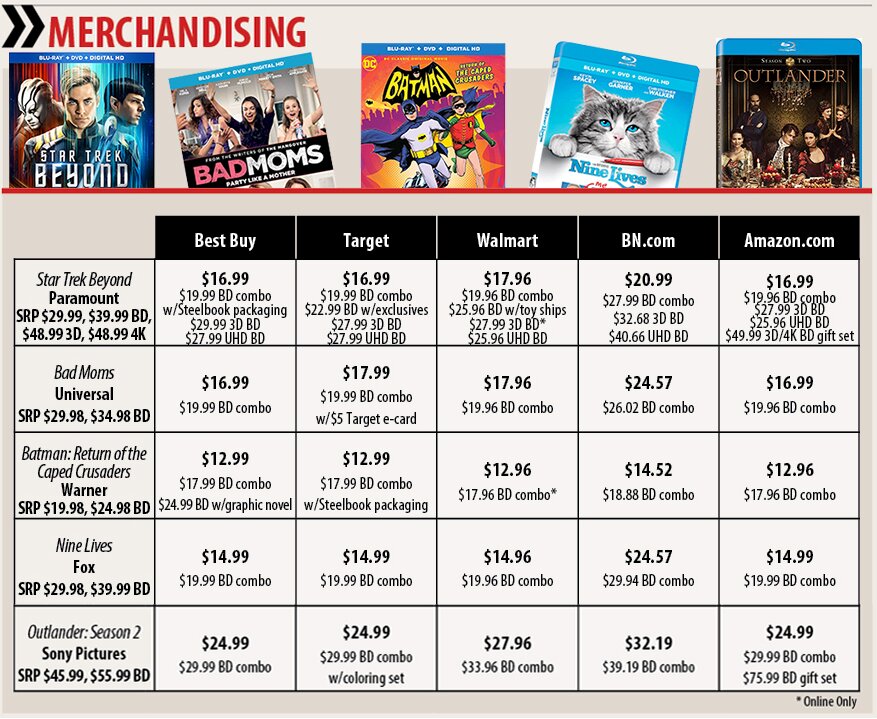 Many home entertainment industry executive heavyweights have espoused the virtues of 4K Ultra HD with high dynamic range (HDR), which offers greater contrast and deeper, more life-like colors, and produces brilliant highlights and deeper blacks. But that’s perhaps what one would expect from executives trying to sell the latest software or hardware format. However, when you talk to the filmmaking talent — cinematographers, directors, etc. — they too see it as a leap forward.

“I truly thought it was the best-looking version of the movie by far,” Deadpool director Tim Miller said at a presentation about the UHD HDR release of his film on the Fox lot in May, noting its “amazing level of detail.”

“The amount of detail that you get in the flames, you see so much more,” added colorist Tim Stipan. “It all of a sudden has more dimension to it. It almost becomes more 3D.”

“It’s like suddenly the sky was not a white mass the way it had been in all the other formats, but had this beautiful detail,” Miller added.

“I think this is the wave of the future because you’re seeing more of what the camera captured,” he added, noting “a lot of the shots had this almost painterly quality.”

“I truly thought it was the best-looking version of the movie by far,” Miller said.

In October, talent talked about the upgrade for both Fox’s 20-year-old Independence Day and its sequel, Independence Day: Resurgence, released Oct. 18 on Blu-ray Disc in 4K Ultra HD with HDR.

“[Director Roland Emmerich] wanted to update a 20-year-old film,” cinematographer Markus Forderer said. “He wanted to be true to the original but also show an updated version, show the film in its best quality. And I think it looks better than what you saw 20 years ago in the theater because now with HDR you see much more detail in the blacks and the highlights.”

When artists are praising a format, I listen. I don’t think there could be better advocates for a leap forward in viewing quality.

I read an interesting article the other day on the Bloomberg website, from a columnist who argues that content is no longer king.

Shira Ovide, a Bloomberg Gadfly columnist who used to write for The Wall Street Journal, argues that with distributors buying content owners — first Comcast buying NBCUniversal and now AT&T proposing to buy Time Warner — and not the other way around, distribution is now king.

“We’re awash in content,” writes Ovide. “Sure, most of it is garbage, but this ubiquity splits people’s time and money into a zillion pieces. What is scarce is any company that has the attention or money of hundreds of millions or billions of people. Today, those giant human aggregators are distributors … that are the gatekeepers to digital information, communication and entertainment. Own the distribution, and you decide what content matters.”

I’m normally a big fan of Ovide, but in this case I think she’s wrong. I can point to her own argument: Yes, distributors are buying content owners, but doesn’t that underscore the importance of content? It certainly does not diminish it. Distributors know they need content more than anything; no matter how many pipes you have, if they’re empty, they are useless.

AT&T is ready to spend $85 billion to buy Time Warner because it’s the biggest content empire around — and AT&T is out to build the biggest distribution empire.

Ovide maintains that without distribution, content isn’t nearly the draw it once was, thanks to the proliferation of cheap, user-generated content like farting cat or Russian dash-cam videos on YouTube or your neighbor’s rant about traffic on Facebook. “Time Warner’s epic ‘Game of Thrones’ on HBO isn’t a hit unless it reaches people,” Ovide writes. “Today that’s mostly over TV pipes controlled by the likes of Comcast and AT&T’s DirecTV; tomorrow that may be over internet and mobile pipes controlled by the likes of … Comcast and AT&T.”

She certainly has a point. But at the same time, it could be argued that good content will always find its audience — and that audience will use whatever distribution channels it needs to in order to consume that content.

The history of entertainment has been driven by content and consumers’ quest to get it. The more content that became available, the more content we wanted to consume — and in an easier, faster, and better way. In music, we went from records to 8-tracks to cassettes to CDs and then downloads — the latter, a key factor in Apple iTunes’ success. On the filmed-entertainment front, we went from broadcast-TV to pay-TV and now direct-to-consumer streaming — the latter, driving ongoing media consolidation.

And if content is no longer king, then why are Netflix and Amazon making so much of it? 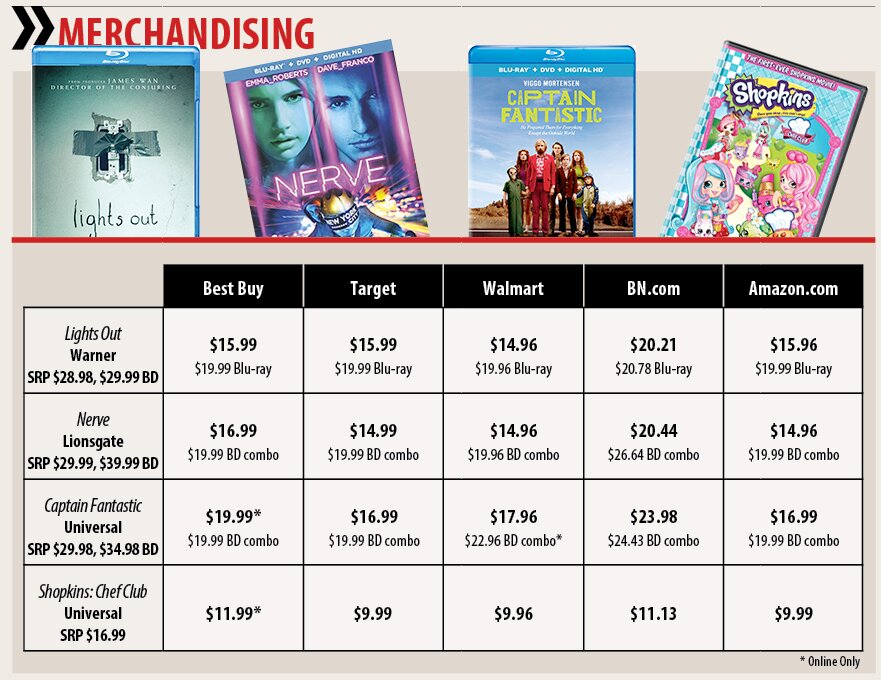 Available via Warner Archive
Warner Archive, Drama, $21.99 Blu-ray, NR.
Stars Ida Lupino, Robert Ryan, Ward Bond.
1951. An unusual movie for its day that it addresses police brutality, the first half of director Nicholas Ray’s On Dangerous Ground is a grimy noir cop drama, the kind that RKO did better than anyone.
Extras: Includes expert commentary from Glenn Erickson.
Read the Full Review 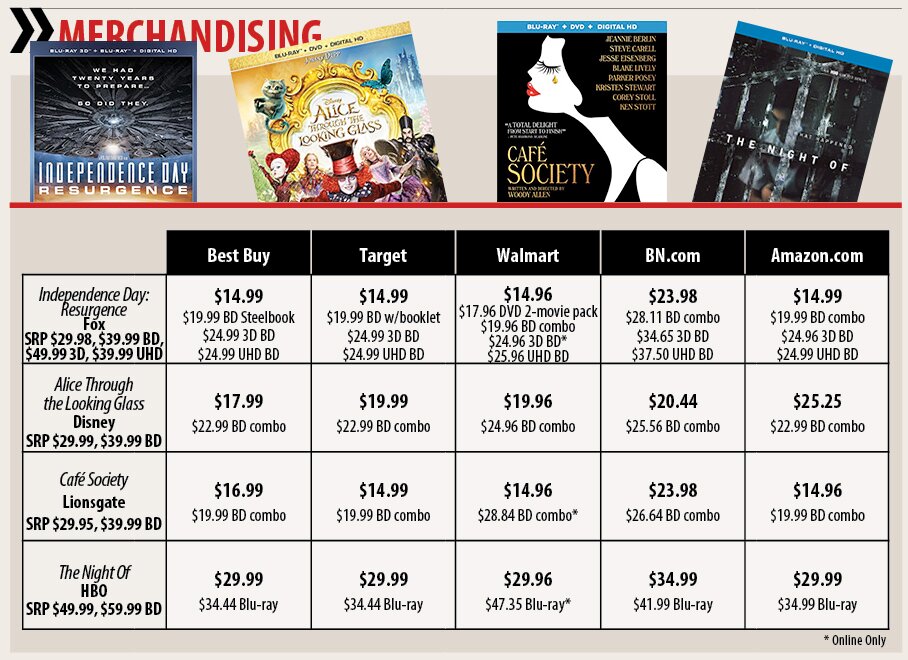