New on Disc: 'The Asphalt Jungle' and more …

Criterion, Drama, $29.95 DVD, $39.95 Blu-ray, NR.
Stars Sterling Hayden, Louis Calhern, Jean Hagen, James Whitmore, Sam Jaffe, John McIntire, Marilyn Monroe.
1950. The granddaddy of meticulously high-scale robbery pics remains as vital and robust as ever, though gender-wise, there’s nothing too daddy-ish about the way Marilyn Monroe wears a jumpsuit here in the role that jump-started her career.
Extras: Includes the 1983 documentary Pharos of Chaos about actor Sterling Hayden; it also includes featurettes with noir maven Eddie Muller and cinematographer John Bailey, plus brief archival material of John Huston discussing the film and an almost hour-long documentary of him on Canadian TV promoting the much subsequent Wise Blood. Scholar/academic Drew Casper’s commentary shared with an edited-in James Whitmore is carried over from the DVD.
Read the Full Review

The Best of Cinerama

Flicker Alley, Documentary, $39.95 Blu-ray/DVD, NR.
1963. For an assemblage whose reason for being at the time was mostly to fill a temporary dearth of product, The Best of Cinerama (culled from five preceding travelogues dating back to 1952) plays so spectacularly well that if you need a “demonstration” disc to help show off the home system for which you forfeited your kids’ education, this could be the one.
Extras: Includes a commentary by Cinerama historian David Coles, a pair of 70mm featurettes about Shell Oil and NASA restored and saved from oblivion, heavy samplings of Dimitri Tiomkin music, a lengthy — and magnificent — photo montage of the process’s scores of pioneers, and a chronological theater-by-theater review of all the Cinerama theaters that opened worldwide up until about 1960.
Read the Full Review

Invigorating Sales Is Key Goal for 2017

Well, it’s been an interesting year again, hasn’t it? Last year ended with disc sales way down and everyone looking to electronic sellthrough as our industry’s great hope. This year is ending with disc sales remarkably robust and lots of excitement over the new Ultra HD Blu-ray Disc format. Meanwhile, EST sales growth has slowed to the single digits and studio heads are scratching their heads and wondering whether the novelty of early release windows has worn off.

The EST situation certainly is a pickle. It was never a huge segment of the business, primarily because of waning interest in ownership as well as the economic model. We have become a nation of streamers, first with music and now with movies and TV shows; we don’t necessarily want to own things, just borrow them for a while. Compounding matters is the inherent difficulty in getting consumers to spend even $10 on a movie when the same amount of money buys them an entire month of unlimited Netflix access.

On top of that, there’s the lack of something real — a download simply doesn’t have the appeal of a physical product you can look at, touch and display.

Now, I happen to think there are ways to invigorate EST sales and looking ahead to 2017 I think we are going to make substantial progress. I foresee a new platform to replace the fractious UltraViolet as well as more wow-factor Digital HD releases like Suicide Squad (the digital edition came with both the theatrical and new extended cut of the film, and that’s just the beginning).

Meanwhile, I also predict a renewed effort by the studios to nurture relationships with retailers, both physical and digital. The disc business needs to be carefully tended, and as studios have focused their efforts on EST they have perhaps paid a little less attention to retailers than they should. Data analytics is a wonderful thing, but so is the personal relationship, the phone call instead of the group email or text. Two decades ago, retailers were stunned when studios effectively shoved VHS out the door. Looking back, it could, and should, have been a much slower, and potentially more lucrative, death.

At the same time, distribution channels must be broadened and the search for marketable, ownable content widened. Defying conventional wisdom, Sony Pictures scored big with “House of Cards” even though it had already streamed on Netflix. How many other opportunities like this are out there?

It’s time, high time, to get down to business.

The industry settled into its usual pattern as 2016 ended, with the Hall of Fame dinner honoring inductees. But again 2016 was by no means a “usual” year. The industry is facing more challenges and changes to its business model.

We’ve got yet another new format debuting: 4K Ultra HD with high dynamic range. It’s a format that could breathe new life into the physical disc, which is the best way to view four times the resolution of HD, with HDR, which produces brilliant highlights, vibrant colors and greater contrast on compatible displays.

We’ve got the growing dominance of subscription video-on-demand services such as Netflix eating into consumers’ entertainment time.

We’ve got new forms of entertainment, notably virtual reality, which could alter the very nature of personal entertainment.

But what stays the same is the quality of people who work in this industry, recognized this month by the annual Press Play: Variety Home Entertainment and Digital Hall of Fame, which honored Universal Pictures Home Entertainment president Eddie Cunningham, actor and filmmaker Jon Favreau, and Epix president and CEO Mark Greenberg, as well as virtual reality evangelist Chris Milk and Google Play, which has been a big player in digital delivery.

“Home video, home entertainment and now digital have been a huge part of my career,” noted Favreau in accepting his award.
It’s remarkable that this more-than-three-decades-old business is still a vital part of the entertainment industry.

And it’s notable that we are once again facing a consolidation in the industry. Just as the video store chains gobbled up smaller stores and chains in years past, Amazon is using its technology and marketplace prowess to assemble a panoply of OTT services under Amazon Channels.

Analyst Michael Pachter sees Amazon Channels as the new pay-TV, a successor to the cable market that has lasted for decades. It’s a development that is both familiar and new, a new way of organizing the home entertainment market that seems to follow some of the usual patterns. 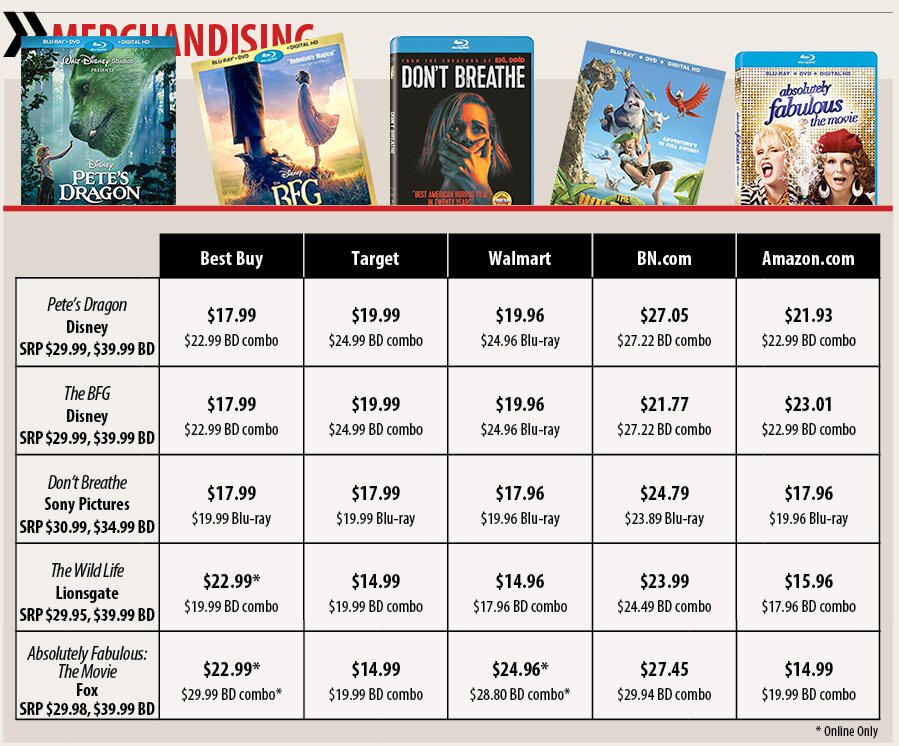