Hulu will continue to license content to 3-year-old unit

Nippon TV is the top-ranked (over the past three years) and oldest broadcaster in Japan. It marked its 60th year of broadcasting in 2013.

As part of the acquisition, both parties will enter into a separate agreement in which Hulu will license its brand and technology to a subsidiary of Nippon TV, as well as provide support services that will enable Nippon TV to continue to make the SVOD service available under the Hulu brand using the same platform.

“We have now reached a point in the growth of the business in Japan where we feel the best path forward is to sell the company to a strategic buyer,” Hulu CEO Mike Hopkins wrote in blog post.

Since launching in 2011, Hulu Japan has accumulated 50 content partners totaling more than 13,000 units of TV dramas, movies and anime. Hulu Japan is accessible across more than 90 million devices (excluding PCs) in the Japanese market, including connected TVs and Blu-ray Disc players, gaming consoles, smartphones, tablets and other mobile devices.

Hulu, which is co-owned by The Walt Disney Co., 21st Century Fox, and Comcast, will continue licensing its brand, technology and services to the Japan business, according to Hopkins. Additionally, Nippon TV’s slate of shows and original content will launch on the Hulu service in Japan.

“I know that Nippon TV will be able to take Hulu Japan to the next level,” he wrote.

Hulu Plus Gets 'Nashville' 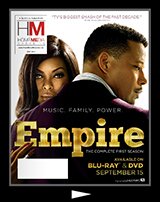