Hulu Plus Gets 'Nashville' 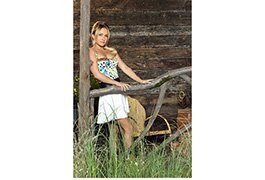 Under the agreement, Hulu Plus subscribers (and Hulu.com visitors) have access to all episodes through the most recent episode, “Too Far Gone,” which aired Feb. 5.

Currently in its second season, the critically acclaimed series finds Britton playing music legend Rayna Jaymes, the Queen of Country whose grip on the throne in “Music City” is slipping. Panettiere plays the sassy up-and-comer Juliette Barnes who trails trouble in her wake.

In a blog post, Ben Kim, who's in charge of content acquisitions at Hulu, said the music helps separate “Nashville” from other nighttime dramas.

“The songs help drive the storyline and are woven inseparably into the characters that sing them,” Kim wrote. “Like when Barnes busted out with ‘Telescope’ in the second episode. Or when Gunnar and Scarlett had their first duet ballad, ‘Fade Into You,’ in episode three. And who could forget Maddie and Daphne’s (Stella sisters) epic performance of the Lumineers’ “Ho Hey” in episode 16?”

Hulu Plus Gets 'Elementary' Rights

Hulu Plus Gets Complete 'Leverage'

Hulu Plus Gets Some 'Chrome'