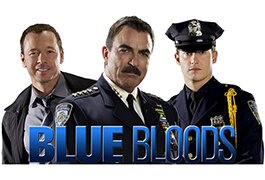 CBS Corp. Feb. 5 said it has licensed all four seasons of cop drama “Blue Bloods” to Hulu Plus beginning later this year. The non-exclusive agreement piggybacks on a previously announced agreement with Hulu Plus for the first two seasons of detective series “Elementary.”

The deals underscore CBS’s recent strategy of licensing off-network episodes of the series simultaneously to distribution partners in broadcast, cable and now subscription video on demand (SVOD). Notably, the programming is not available on ad-supported Hulu.com.

As previously announced, ION Broadcasting has acquired the exclusive weekday, primetime syndication rights and will broadcast previous seasons of “Bloods,” which stars Tom Selleck, on its stations in Fall 2014.

“Blue Bloods” has been a tower of ratings strength and success on CBS for four seasons,” Scott Koondel, chief corporate content licensing officer for CBS Corp., said in a statement.

“Bloods” is about a multi-generational family of NYPD cops. Selleck is New York Police Commissioner Frank Reagan, who heads both the police force and his family with calm authority — even when dealing with the politics that plagued his bold father, Henry (Len Cariou), during his stint as chief. A source of pride and concern for Frank is his eldest son, Danny (Donnie Wahlberg), a seasoned detective, family man and Iraq War vet who on occasion uses dubious tactics to solve cases with his partner, detective Maria Baez (Marisa Ramirez).

“'Blue Bloods' is a fantastic addition to our growing library of top CBS programming,” Hulu CEO Mike Hopkins said in a statement. “The show's engaging characters and emotional drama make it a perfect fit for on-demand viewing, and subscribers can catch up on all four seasons of this serialized procedural whenever they want on Hulu Plus.”

Hulu Plus Gets 'Elementary' Rights

Hulu Plus Gets Complete 'Leverage'

Hulu Plus Gets Some 'Chrome'