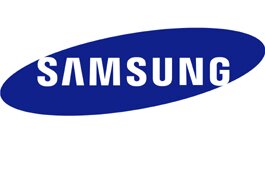 Samsung Electronics America, together with Verizon Communications, Jan. 28 said they have expanded features on the FiOS TV app to now support 75 live channels. The app is available on compatible 2011 and 2012 smart TVs and smart Blu-ray Disc players.

TV Everywhere is the industry-wide initiative to allow authenticated Pay-TV subscribers the ability to watch live and repurposed programs on connected devices.

Verizon, which launched the fiber-optic FiOS TV service in 2009, said it ended the fourth quarter (Dec. 31) with 4.7 million FiOS TV subscribers. For those who already have installed the app it will automatically update when launched.

Maitreyi Krishnaswamy, director of product development for FiOS TV, said the aim of the app is to “break down” technology barriers so that consumers can watch programming on multiple devices they already own.

“By continuing to upgrade and improve the FiOS app for Samsung TV, we are providing more ways for our customers to enjoy their FiOS TV experience on their own terms,” Krishnaswamy said.