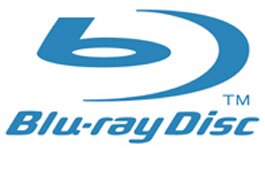 Features — not price — will be critical to selling Blu-ray Disc players following Black Friday and through the fourth quarter, said a retail analyst.

About 2.4 million Blu-ray players were sold in the United States through September, up 96% from the same time last year, according to NPD. About 10% of U.S. homes now have a Blu-ray player.

Baker said Netflix’s launch of a domestic streaming-only service and the fact that it is available on myriad CE devices, including Blu-ray players, is invaluable to the high-definition format.

“I think Blu-ray players were stagnating until Netflix streaming popped up,” he said. “[Streaming] has been a huge benefit for the product category, and I don’t see any reason why that won’t continue to be a driver along with aggressive bundling and the connection retailers are making between Blu-ray, a great picture and a big-screen TV.”

Indeed, NPD reported that 61% of U.S. homes have a flat-panel TV, with sales of Web-enabled TVs up 52% through September, representing 12% of total HDTV unit sales. The average price of an IPTV in the U.S. is $1,556.

Baker said the fact that Blu-ray players are prominent on the front of electronics retail circulars underscores their widespread consumer appeal.

“The fact that we’ve seen more Blu-ray players this year than in the past and at much lower prices really indicates we’re at the tipping point,” he said.

The analyst said the average consumer now recognizes what a Blu-ray player is and that it costs from $150 to $179.

That said, price — not features — remains paramount Nov. 26 when retailers lure consumers the day after Thanksgiving with deep discounts and special offers, including BD players for less than $70.

“The key to Black Friday is being cheap and available,” Baker said. “People do not typically shop on Black Friday for component features. [Blu-ray] is a relativity well-known, relativity versatile product available to consumers at price points that are comfortable for them and that [retailers] can chop up for promotions.”