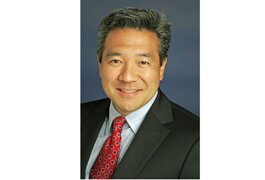 Owning movies and TV shows on disc has been a cornerstone of home entertainment. But as sales of packaged media erode and electronic sellthrough struggles to fill the void, convincing consumers to buy content is a hurdle for studios, Warner Bros. CEO Kevin Tsujihara reportedly told a tech group.

In a Q&A session Feb. 18 at Re/code’s Code Media confab in Dana Point, Calif., Tsujihara was asked a wide range of questions, including why Oscar nominee American Sniper wasn’t released Dec. 25 across all distribution channels instead of just at the box office.

The CEO said the theatrical experience remains a “rich” one, adding that conventional norms regarding release windows are changing. For example, Sniper was purposely released in December to make a run at the Oscars. He reiterated that packaged media continues to experience considerable change, underscoring the reality that the sellthrough business model is under siege.

“There [are] a lot more [consumer entertainment] choices that exist in the world today,” Tsujihara said, as reported by Re/code.

While Warner’s support for UltraViolet — the cloud-based content storage platform intended to jumpstart content ownership, appears strong, Tsujihara indicated Disney and Apple’s non-involvement remains an issue. He reiterated that the sellthrough business model is driven by consumers who want to collect content and watch a movie more than once — notably children’s fare.

Separately, Tsujihara admitted Hollywood should have done more to support Sony Pictures last year when it was the victim of a cyber attack surrounding the release of controversial comedy The Interview.

“When you see one of your competitors and colleagues down, [you] want to help them out,” Tsujihara said.

Sony’s decision to release The Interview in theaters day-and-date with digital generated about $40 million in retail revenue — the majority digitally. It also spawned scuttlebutt as to whether studios should release more movies simultaneously with a retail component.

Tsujihara cautioned that The Interview was an anomaly.

“I think the fact that a movie had had a significant amount of publicity because of [the hack] is not going to be proof-positive that the [day-and-date business] model works or doesn’t work,” he said.