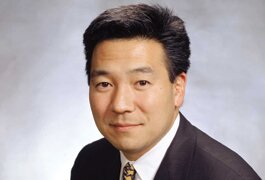 Faced with a home entertainment market under siege by low-cost kiosk rentals and subscription video-on-demand, Warner is attempting to jumpstart content ownership through a multipronged campaign that includes cloud-based digital locker UltraViolet and the studio’s movie recommendation website Flixster, among other initiatives, a studio executive said.

Speaking Feb. 29 at Morgan Stanley Technology, Media and Telecom conference in San Francisco, Kevin Tsujihara, president of Warner Home Entertainment Group, said the studio wants to migrate UltraViolet to the TV by focusing in part on the 10 billion movie discs currently owned in domestic households (and another 10 billion discs internationally).

By comparison, there were 32 new releases with UV compatibility at the end of 2011. Another 150 titles combined are slated for release this year by all studios.

Warner is working with key retailers to roll out technology that would allow consumers to bring in their discs and have them uploaded to the cloud. Consumers who primarily purchase discs online (at Amazon, Best Buy or Walmart) will receive an email asking them if they would convert the discs to UV files. A consumer’s online purchase history would be used to digitize their collections.

Finally, select new Blu-ray Disc players from Samsung and Panasonic will include step-by-step tutorials that enable consumers to upload discs to the cloud from their home. All conversions from physical to digital will be protected by UV’s digital rights management software.

“This is a huge opportunity for us,” Tsujihara said.

Tsujihara said consumer appetite for Warner movies continues to escalate. There were 1.3 billion paid transactions of Warner content (theatrical and home entertainment) in 2006 compared to 2 billion transactions in 2011.

“We don’t have a demand issue; it’s really an innovation challenge,” he said.

Tsujihara said the rollout of UV is driven by the current status of the three primary business models in home entertainment — subscription (by-mail and SVOD), rental (video store, kiosks and VOD) and sellthrough. All three generate revenue for Warner. It’s the margins that keep studio executives up at night.

“We’re fine with low prices for consumers and there’s absolutely a place in the ecosystem for discount kiosks (like Redbox) but it is not day-and-date with sellthrough,” he said. “We think we can meet consumer needs while maintaining sound economics by creating the right release window.”

The site soon will have an UltraViolet store whereby users can import their rental data from Netflix, Hulu, iTunes and other retailers onto Flixster. Tsujihara said that pending federal legislation, Flixster users would be able to share information about their movie collections and rental history with other users.

The executive said getting Flixster to the TV set via myriad consumer electronics devices will be a priority for the Warner Home Entertainment Group. The site currently is available on PCs, Amazon Kindle Fire, Nook and select Blu-ray Disc players. Warner wants to propagate Flixster in the same way Netflix has rolled out its streaming app to more than 700 CE devices.

Tsujihara said Warner will make several announcements this year regarding deals with Xbox 360 and PlayStation 3, among others.

Finally, Warner envisions marrying Flixster users’ movie information with social media (i.e. Facebook) — a move it feels will be transformational to both the consumer and studio economics.

“People are willing to share personal information if you’re giving [them] something of value [in return],” Tsujihara said. “And we’re giving them movie collection management tools and the ability to tap into their social network.”