Workers of Walmart, Grow Up! 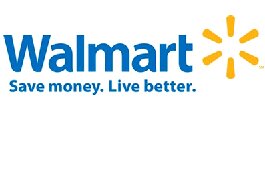 I’m writing this a few days before Black Friday, so I have no idea whether a threatened strike at Walmart stores will materialize or not.

But I will say that the negativity I see expressed toward America’s No. 1 retail chain — both in articles in the press and from various “friends” on my own Facebook wall — astounds and disgusts me.

I tend to shy away from political discourse in my columns, focusing on industry issues, trends and developments. But in this case politics and the home entertainment business intersect — a strike could hurt Walmart’s Black Friday business, and that could have a detrimental effect on DVD and Blu-ray Disc sales.

So here goes: I’m already not happy with the entitlement wave that’s sweeping our country — the belief that our government, our employer, owes us something.

I believe in hard work and personal responsibility. I’m happy to pay my fair share in taxes, and I’m more than willing to help people who through no fault of their own are in in trouble — people who have lost their jobs, people who can’t find jobs, families that are struggling to put food on the table.
But I have absolutely no sympathy for the Walmart employees who are complaining that they don’t get paid enough, or that they don’t get benefits, or that Walmart stores are opening too early on Thanksgiving Day, or various other aspects of the company’s labor practices.

If you don’t like working for Walmart, no one’s forcing you to work for Walmart. And I believe most workers understand this: They are grateful to have a job. If they want a better job, no one’s stopping them from advancing their lot in life, either at Walmart or somewhere else. They merely need to show some initiative.

But I don’t think worker discontent really is the factor here. The Black Friday protests — and earlier rallies — are instigated by the United Food and Commercial Workers Union, which has long had a bug up its you-know-what that Walmart is a non-union shop.

The American people owe unions a tremendous debt of gratitude. Unions revolutionized the workplace and are behind all sorts of labor laws that protect our workers. But throughout the years, unions in large part have become bloated bureaucracies that have lost sight of their original intent — to protect the worker — and are now out to increase their own power and might through forced payroll deductions and other onerous tactics, including riling up workers at non-union companies like Walmart.

I’m not saying Walmart employees don’t have any legitimate gripes. All of us who work for someone else do, from time to time. But there are ways to address their concerns, and pitching a fit by refusing to go to work and, instead, marching outside stores with signs and angry epithets strikes me as, well, childish.

As long as Walmart is complying with the law, there’s no cause for this hurtful, hateful disruption. Workers of the world, grow up.