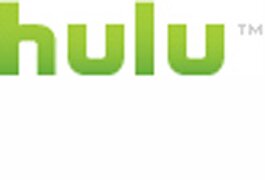 Hulu’s uncertain future illustrates the conundrum that so often surrounds “flavor of the month” home entertainment options: One day they’re The Next Big Thing; a short time later, they’re on the ropes.

It’s a conundrum that in itself reflects the fluid nature of digital delivery, and the fact that for all its knocks and reports of imminent extinction, packaged media has shown surprising resiliency.

And why not? When the computer crashes and the iPad’s out of battery power, when the Internet’s down or there’s no Wi-Fi, the physical disc works just fine on any TV, on any Blu-ray player.

Indeed, one reason I believe the disc will stick around a lot longer than many futurists think is that in this ever-changing world of streaming, downloading and new and supposedly better ways to consume entertainment, the optical disc has become something of a comfort food, a dependable, reliable standby that never disappoints or lets you down.

Back to Hulu, for a minute: According to a recent report published in the Wall Street Journal, two of the video-streaming service’s three big corporate owners — News Corp. and Disney – have begun discussing possible next steps in the wake of the imminent departure of CEO Jason Kilar and chief technology officer Rich Tom.

There’s a bit of a tug-of-war going on, the Journal says: News Corp. wants Hulu to focus on its subscription service, while Disney prefers the free ad-supported business model. Hulu currently juggles both a free service and a subscription business, Hulu Plus, which has more than 3 million subscribers.

Hulu is tiny compared to Netflix, which has 27 million subscribers, just in the United States. It mostly streams shows from its parent companies’ TV networks and in the past has had a competitive advantage due to special access to content from Disney and News Corp. – but now they’ve got deals in place with Netflix, as well.

Hulu has invested in original programming, but faces intense competition from Netflix, Amazon and, of course, YouTube, where everything’s still free.

The big buzz among young people that surrounded Hulu since its late-2007 launch — and was generating quite a clash as recently as last year — seems to be gone now, as far as I can tell. The kids have moved on, as they inevitably do, with Netflix and YouTube on the tip of everyone’s tongue – and bookmarked on everyone’s computer.

Meanwhile, those old-fashioned discs are still seeing plenty of action, at least in households with which I’m familiar ...