The latest blockbuster to receive the preorder blitz is Warner Home Video’s The Hobbit: An Unexpected Journey, which arrives on DVD and Blu-ray Disc March 19.

Walmart’s preorder of The Hobbit: An Unexpected Journey includes a 3D lenticular card of Bilbo or Gandalf, the Blu-ray in Walmart-exclusive 64-page booklet packaging, and instant viewing of the film online via Vudu.

Walmart also has a preorder for the History Channel’s The Bible miniseries on DVD ($29.96) and Blu-ray ($34.96) April 2 from Fox. The title, which includes Vudu access on street date, is touted as a Walmart exclusive. 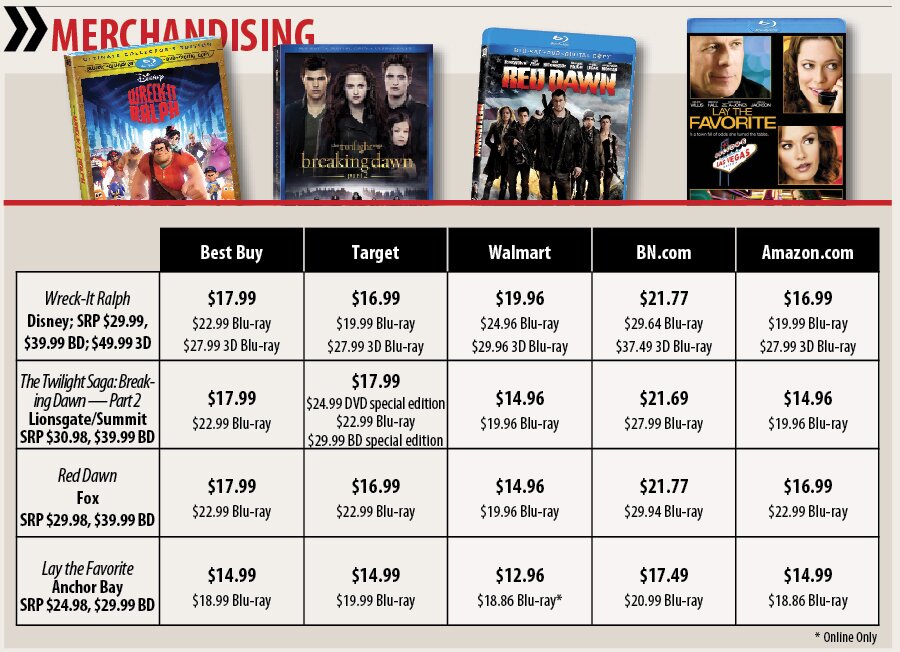