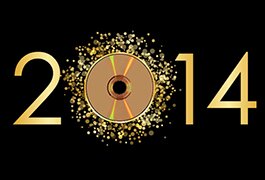 What will the new year bring? This home entertainment business of ours is so fluid, so ever-changing, that it’s hard to predict what will happen with any degree of certainty. Indeed, take a look at some of the major developments over the last decade or so and there are myriad things we simply didn’t see coming, or expect would happen.

Who would have thought that in the midst of the digital evolution, movie vending machines would stage such a dramatic comeback that they’d account for nearly half of all physical video rentals?

Who would have thought that a key factor behind Blu-ray Disc’s apparent sustainable success is the Internet connectivity of the hardware, which lets users do all sorts of other things besides watch Blu-ray Discs?

Who would have thought that the spectacular rollout of DVD would be followed by the crushing realization that the disc wasn’t good enough for the emerging class of high-definition TVs, prompting yet another software format launch (a situation that with 4K on the horizon we may well find ourselves in yet again)?

My own record with predicting the future is spotty, at best. I thought Blu-ray Disc’s launch would be every bit as successful as DVD’s, I thought Blockbuster would go out of business long before it did, and I never thought we’d be watching movies on smartphones and tablets, given the increasingly good home theater systems we were installing in our family rooms.

But once again, I feel compelled to offer some predictions for the new year — five for 2014 — and if you read them and feel I’m playing it real safe, you are absolutely right.

1. At some point, Blu-ray Disc sales will slide again, as they did in the third quarter of the year. The industry will blame the decline on a poor crop of movies, while the mainstream press will take it as yet another sign that physical media is dead.

2. During the fourth quarter, one big title will bomb, sending the entire industry into a funk. This funk, however, will be lifted when another big summer theatrical title performs remarkably well, prompting everyone to cheer and the studio behind this success to issue a press release touting its triumph.

3. EST will continue to grow, as studios step up their efforts to wean consumers from packaged media by releasing more and more titles on Digital HD anywhere from one to four weeks ahead of the DVD or Blu-ray Disc.

4. During the Black Friday holiday weekend, we’re going to see recent Blu-ray Disc hits sell for as little as $1 or $2, the threshold we saw this year for DVD. No one’s going to complain about a “race to the bottom.” We’re already there, you see.

5. At some point, we’re going to see 4K resolution on a Blu-ray Disc. I won’t hazard a guess as to which studio will be first, or how prevalent the practice will become, but I’m quite certain it’s going to happen.