Warner Goes to the Mat With WWE Deal 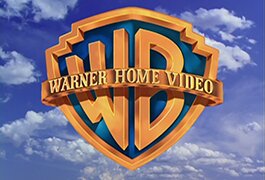 The new agreement gives Warner home entertainment distribution rights to documentaries, match compilations and pay-per-view events, including “WrestleMania” and “SummerSlam,” as well as catalog titles. The companies recently worked together on two animated movies tied to the “Scooby-Doo” and “The Flintstones” franchises.

“WWE is an iconic brand that has one of the most passionate fan bases in sports and entertainment,” Jeff Brown, GM and EVP of television for Warner Bros. Home Entertainment, said in a statement.

Brown said WWE titles accounted for the Top 10 sports DVDs of 2013, with WrestleMania 29 the No. 1 selling sports title.

WWE, which had been distributed by Cinedigm Entertainment Group after it acquired Gaiam Vivendi Entertainment, is understandably “thrilled” to partner with Warner, which has ranked as the No. 1 home entertainment studio for nearly 20 years, according to Casey Collins, EVP of consumer products for WWE.

“They have already demonstrated success leveraging the WWE brand with Scooby-Doo! WrestleMania Mystery, and we look forward to utilizing their expertise,” Collins said in a statement.

History of WWE: 50 Years of Sports Entertainment, The (Blu-ray Review)