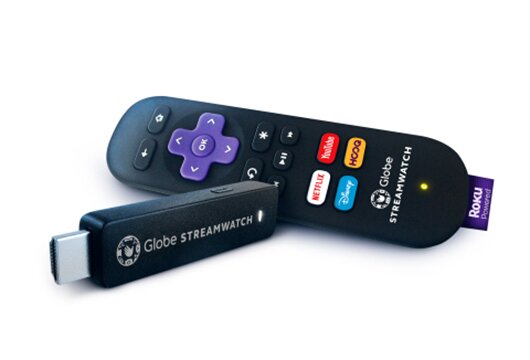 Under the deal, Globe will incorporate Roku’s operating system technology in branded streaming stick devices. Globe will launch the new Globe Streamwatch player in the Philippines as early as next month.

Globe is the first Roku business partner offering a Roku streaming stick to its customers. Globe Streamwatch users will be able to watch a variety of content across free and paid channels in different categories, including sports, lifestyle and fashion, among others. The stick comes with three months access to Netflix, Disney Channel and HOOQ, a movie streaming service available in the Philippines, Thailand, India, Indonesia, and Singapore.

“With millions of cellular and broadband customers, it is a logical next step for Globe to launch a video package and streaming device to its customers to enhance their entertainment experience at home,” Andrew Ferrone, VP of pay-TV at Roku, said in a statement.

Prior to bowing a license program, Roku, which launched an IPO in late September, marketed streaming devices OEM to third-party companies, including Sky's Now TV.