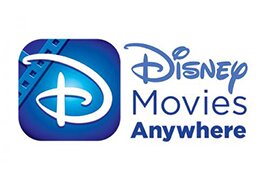 Disney Movies Anywhere (www.disneymoviesanywhere.com), which launched in February with about 400 Disney, Pixar and Marvel titles, utilizes a proprietary cloud-based storage platform, while Vudu is compatible with a number of digital platforms, including UltraViolet — the cloud-based platform supported by other studios.

The agreement coincides with Disney's Nov. 18 launch of the sing-along edition of animated hit Frozen, as well as the digital version of Marvel’s Guardians of the Galaxy (available on disc Dec. 9), which are available through Vudu (www.vudu.com/dma).

“In addition to its robust digital video service, Walmart is a top destination for Blu-ray and DVD purchases, and bringing Disney Movies Anywhere to Vudu enhances the value of those purchases,” Janice Marinelli, president of Disney Studio in-home and digital distribution & Disney-ABC content Distribution, said in a statement.

Prior to the deal, some Disney Movies Anywhere codes included with new Blu-rays could also be redeemed at Vudu, allowing consumers to store Disney films at both locations. This new agreement directly links a consumers' accounts to both services.

For a limited time, users who connect a participating digital retail account receive a free digital copy of Disney’s Wreck-It-Ralph.

“Vudu’s availability across in-home entertainment devices like smart TVs, Roku 3, Xbox One and PlayStation 4 as well as Apple and Android smartphones and tablets means Disney fans can now enjoy their movies on more devices than ever,” Jeremy Verba, GM of Vudu, said in a statement.