<< It's Not Yet Time to Kill the Golden Goose | Blog Home | 'Divergent,' 'Spider-Man' Among Walmart Preorders >> 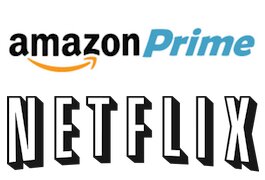 Online companies are starting to feel a margin squeeze. The era of extreme low pricing, supported by temporary laws and technology advantages that came about with the advent of the online explosion, may be coming to an end.

Netflix April 21 announced it is raising the price of its $7.99 monthly streaming subscription by as much as $2 to new customers, in part to offset rising content costs for such original series as “House of Cards” and “Orange Is the New Black.” The price hike affects only new subscribers for now, but there are plans to incorporate existing subs in coming years.

Amazon prices are going up in certain states as well, and not because the company itself hiked its prices. Certain states are starting to collect sales taxes from online sales by Amazon and others to bolster ailing budgets, and it may hit Amazon’s bottom line. A recent study out of Ohio State University indicates that online buyers are very price sensitive. In the study, researchers focused on five states — California, New Jersey, Pennsylvania, Texas and Virginia — that began a permanent collection of taxes on Amazon purchases between 2012 and 2013. Results showed that the introduction of the “Amazon Tax” resulted in a decline across all states of 9.5% in the value of products (net of sales tax) purchased on Amazon, and that the total dollar amount spent on Amazon, including taxes, decreased by 2.8% in the wake of the law’s implementation.

Until now, online companies Netflix and Amazon have been able to reap the benefits of what they sell (via subscription or otherwise) without paying some of the cost their competitors and suppliers incur. Netflix benefitted from content it had not paid to create and from an Internet infrastructure it hadn’t built. Amazon had a leg up on brick-and-mortar stores subject to state sales taxes because during its meteoric rise it was exempted from sales tax on items sold on its site. Now that states are starting to apply sales taxes to Amazon as well as brick-and-mortar stores, that era is waning.

The free ride seems to be coming to an end, and online services will have to adjust — by raising prices.