Everyone Wants a Digital Compass 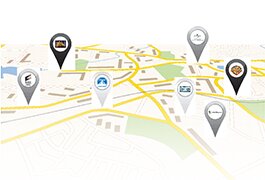 While every year in the home entertainment business seems to be one of change, 2013 was particularly eventful. Our issue highlights the year’s digital evolution.

We cover the shifting of digital delivery in both Thomas K. Arnold’s analysis of the year and in our special section on the digital roadmap at each of the major studios and select independents.

We have a 6 Questions feature with Target, a top mass merchant that has jumped into digital waters with its new video service. The top retailers for physical product — Target, Walmart and Best Buy — now all have digital offerings that tie in to UltraViolet.

We also have a preview of the Consumer Electronics Show. Second-screen applications, be they video services, companions to traditional content or games, are a focus at the show.

Many have embraced subscription services such as Netflix, especially for TV content. With its move into original programming, including “House of Cards,” Netflix is now a content producer, not just a catalog-content distribution service. Amazon’s Prime subscription service is aggressively competing with its own original programming and a growing library. Binge viewing of television product on the subscription services is a well-recognized phenomenon — a practice first noticed by the industry when consumers began to purchase TV season discs and watch episodes one after another. Meanwhile, cord cutting is disruptive to the entrenched cable and satellite services and the studios that supply them with content.

Also, the studios’ Digital HD push is encouraging consumers to build collections they can access from the cloud anytime they want on numerous devices.

While physical discs still drive studio home entertainment revenue, the move into the digital delivery is accelerating, and content owners must plot a course that will successfully, and profitably, navigate the emerging digital landscape.