Roku Expects User Base to Triple in 2011 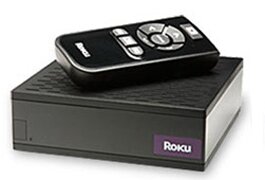 Media player manufacturer Roku Inc. May 9 said it has delivered more than 15 million channel downloads to its user base of 1 million devices, and expects the latter to reach 3 million by the end of the year.

“Roku is clearly the easiest streaming device for consumers to use,” said Revision3 CEO Jim Louderback. “We quickly built a great-looking application and have been extremely happy with the response from both our existing viewers and new ones who discovered us on the platform.”