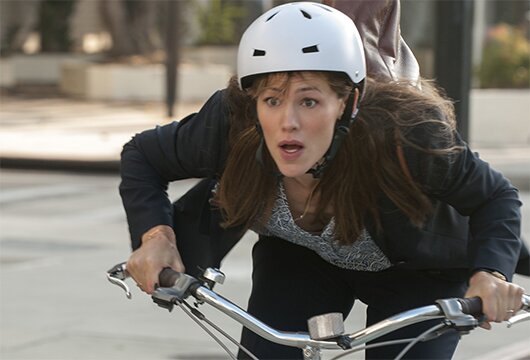 Alexander and the Terrible, Horrible, Not Good, Very Bad Day

Walt Disney Studios snatched the two top spots on the national home video sales charts the week ended Feb. 15 with two family-friendly features that debuted on the big screen more than half a century apart.

Alexander and the Terrible, Horrible, No Good, Very Bad Day, a live-action comedy with Steve Carell and Jennifer Garner that earned $66.9 million during its fall 2014 theatrical run, debuted at No. 1 on the Nielsen VideoScan First Alert sales chart, which tracks total Blu-ray Disc and DVD combined unit sales.

The animated classic 101 Dalmatians, which debuted on the big screen in 1961 but only became available on Blu-ray Disc with its recent "Diamond Edition" re-release, debuted at No. 2, selling a respectable 78% as many units as Alexander, Nielsen data shows.

On Nielsen’s dedicated Blu-ray Disc sales chart, the order was reversed, with 101 Dalmatians bowing at No. 1 and Alexander scoring a distant No. 2 finish, selling just one-third as many high-definition discs as the animated classic.

Nielsen data shows that Alexander generated 26% of its first-week sales from Blu-ray Disc, while 101 Dalmatians generated nearly all its sales from the new Diamond Edition combo pack, which features the movie on Blu-ray Disc, DVD and Digital HD.

Lionsgate’s John Wick, a thriller with Keanu Reeves that earned just $43 million in theaters despite critical raves, slipped to No. 3 on First Alert after debuting at No. 2 the prior week.

Universal Pictures’ Dracula Untold, a reboot of one of the studio’s classic monster franchises, slid to No. 4 after bowing a week earlier at No. 1.

Rounding out the top five on First Alert was another sophomore, the 20th Century Fox romantic drama The Best of Me, a Nicholas Sparks adaptation that grossed $26.8 million in U.S. theaters and debuted a week earlier at No. 3.

On Nielsen’s Blu-ray Disc chart, John Wick and Dracula Untold also fell to No. 3 and No. 4, respectively, with the No. 5 spot going to the darkly comedic thriller Nightcrawler, a Universal release with a $32.4 million box office gross.

Nightcrawler bowed at No. 7 on the First Alert chart, behind Sony Pictures’ Fury. Nightcrawler generated 53% of its total unit sales from Blu-ray Disc, Nielsen data shows.

On Home Media Magazine’s rental chart for the week, 20th Century Fox’s Gone Girl shot up to No. 1 in its first week of availability at all rental outlets, including Netflix and Redbox, which had to wait a month to offer the film to their customers.

John Wick slipped to No. 2 after bowing in the top spot the previous week.

Fury fell a notch to No. 3, while the provocative Lionsgate thriller Addicted debuted at No. 4 after earning a modest $17.4 million in theaters.

Rounding out the top five was 20th Century Fox’s The Maze Runner, which slipped from No. 3 the prior week.