A Flexible Vision for Home Entertainment

This year’s visionary is emblematic of the change the entire home entertainment industry is experiencing. Comcast’s Brian Roberts is straddling a legacy cable business while embracing a new digital delivery model.

Whew! It’s a hard task for an executive to keep one foot in the past and one in the future — but Roberts seems to be up to it. He is maintaining the cable business and sees the need for electronic sellthrough with expanded digital extras, but also recognizes the subscription video-on-demand draw of Netflix. The future will need such a flexible executive — as it’s unclear where the future home entertainment consumer will go.

Along the lines of that theme, the studios are rethinking their vision of the theatrical window. 20th Century Fox CEO Stacey Snider told a tech confab the issue is at the forefront of studio conversations. Kevin Tsujihara, CEO of Warner Bros., has broached the subject as well.

Exactly when does entertainment enter the home? Is there are window between initial theatrical release and Digital HD/disc release? What is the consumer demand for that release window based on the film? And how much should a studio charge?

These are all questions to be answered as we enter the new realm of home entertainment, which is more elastic than ever. It requires a very flexible executive, one that knows the legacy business but also understands where the consumer is going. Roberts has been that kind of leader, a visionary that can adapt to a changing market. The home entertainment industry will need many more like him to follow consumers who demand entertainment when and where they want it.

“Ultimately, it’s not really about the business model per se, it’s about giving consumers what they want,” Tsujihara said on a fiscal call.

A Changing of the Guard

A changing of the guard often indicates further changes are ahead — and, invariably, we’re not talking minor tweaks but, rather, dramatic transformations of existing business models.

Three of the six major studios have recently undergone leadership changes, most recently Paramount Pictures, where Brad Grey’s 12-year run as chairman and CEO is over. Replacing him, at least on an interim basis, is a committee of executives that includes Amy Powell, president of TV and digital.

The new studio heads will likely be more open to change, and less averse to risk, than their predecessors — particularly if more studios wind up being owned by digital networks, like Comcast’s NBC Universal and, soon, AT&T’s Warner Bros. And all signs point to a dramatic shift in Hollywood’s venerated business model, which has always been “theatrical first.”

The validity, and continued viability, of a system in which movie theaters are at the top of the food chain has been questioned for some time. The advent of home video showed us plenty of consumers preferred to watch movies at home, and the rise of Netflix made it even clearer that home truly is where the heart is. The streaming service now generates nearly as much consumer spending as disc and digital sales of movies and TV shows combined — all without the benefit of recently released theatrical movies.

It’s no wonder, then, that for several years now the big talk in Hollywood has been significantly shortening the window between a film’s theatrical and home release — or even erasing it altogether (see page 11). In the not-so-distant past, such talk would have been seen as blasphemous, an affront to the all-powerful exhibitors.

But the old-school studio chiefs are pretty much gone, and their replacements are a lot more pragmatic. Kevin Tsujihara, whose selection as Warner Bros.’ studio chief four years ago stunned observers, given his home entertainment background, has been clamoring for years for a shakeup. Just this past November, Tsujihara at Credit Suisse’s Technology, Media & Telecom Conference said he considers it “imperative … to offer consumers more choices earlier.” And James Murdoch, who less than two years ago replaced his dad at the helm of Fox, ticked off the National Association of Theatre Owners last September when he blasted the “crazy holdbacks that theater owners put in place,” referring to the traditional 90-day window between a film’s theatrical debut and its first after-market appearance.

So far, however, there’s been lots of talk, but little action. It’s been sort of like a Cold War between the studios and the exhibitors.

But just like the real Cold War more or less ended with the toppling of the Berlin Wall, there’s going to have to be a break, and soon. Consumers have grown accustomed to being in control of their entertainment, of watching movies on their own schedule, in their own environment — and there’s no telling how much money is being left on the proverbial table because of this silly 90-day window. Each year, fewer people are going out to the movies. Never before have we had so many different choices, so many different platforms — from Netflix to YouTube, from iTunes to Google Play, from elaborate home theater setups to iPads and smartphones. And if first-run movies aren’t available, guess what? There’s lots of other stuff to watch.

By continuing to cater to exhibitors, studio executives are only shooting themselves in the foot. It’s time to not just shake up the existing business model, but also turn it upside down, ‪inside out‬‬‬. It is imperative that Hollywood offer in-home delivery of movies (at a premium price, of course) during the so-called theatrical window — and, perhaps, not just one month out, or even one week out, but same day.

Will it happen? You can count on it. It’s not a question of if, but when. 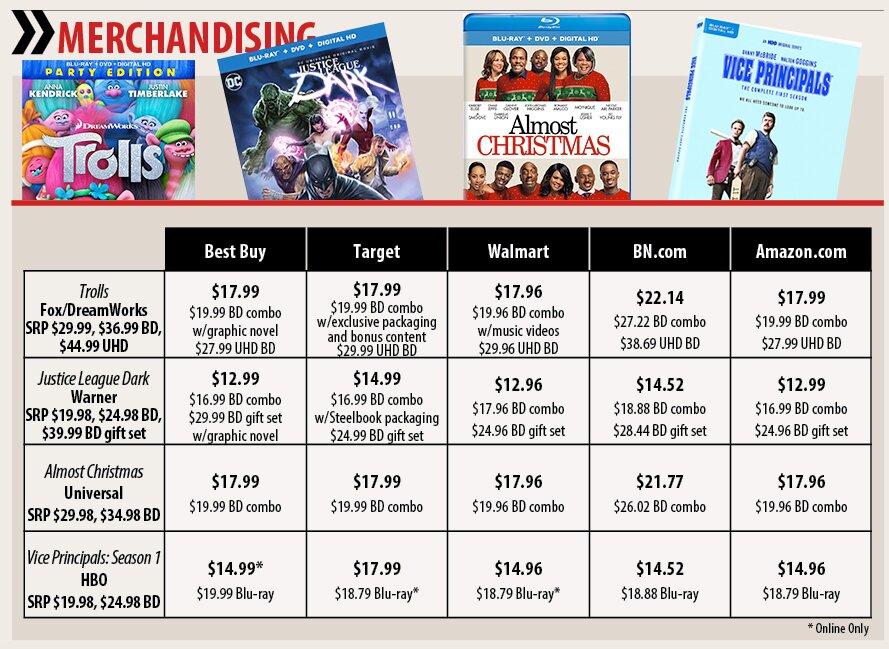