Digital Hype Off to Strong Start in 2014 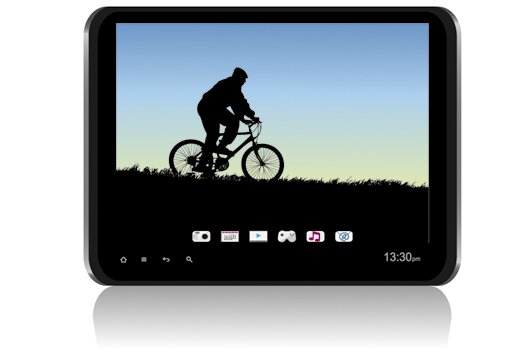 The headlines are bold and unwavering. Digital dissemination of movies and TV shows is saving the home entertainment industry. According to DEG, consumers spent nearly $1.2 billion buying movies and TV shows digitally in 2013, up from $808 million in 2012.

$1.2 billion is a lot of money — $100 million monthly studios collectively generate selling content with expansive margins compared to disc. The industry generated another $2.1 billion renting digital content. Together, digital generated $3.3 billion — less than half that of increasingly disregarded packaged media.

Indeed, disc purchases reached $7.8 billion — which while down 8% from $8.5 billion in 2012 — trumped digital revenue by 136%. In fact, packaged-media sellthrough in the U.S. topped China’s red-hot (and another Hollywood favorite) theatrical market by 116%, despite the fact the communist country boasts more than 18,000 movie screens and the world's biggest population at 1.36 billion.

Blu-ray Disc saw revenue increase 5% — the same percentage uptick as the industry overall, but virtually ignored by studio executives. Too bad, considering the high-definition precursor to 4K enjoyed its best holiday sales ever. According to data compiled by Home Media Research, Blu-ray sales in December 2013 amounted to approximately $416 million, up from the $404 million in December 2012.

$416 million is a lot of money, too. In fact, it’s 51% more than what Digital HD and transactional VOD collectively generated in December if you average digital revenue over 12 months. And it's 316% more than what consumers spent on average buying digital content. In other words, for every $1 spent buying digital content, consumers spent $4.16 buying Blu-ray.

Yet, studios executives — in an effort to appear prescient — are all on the digital bandwagon. It's what Wall Street wants to hear (i.e. growth sector). It's streaming coolness. It’s a strategy Netflix’s brass has employed for years, despite the fact by-mail rental discs still generate half of the SVOD pioneer’s profit margin.

It's also a strategy that is shortsighted, as underscored in a new Harris Poll.

Consumer Spending on Home Entertainment Up Slightly in 2013