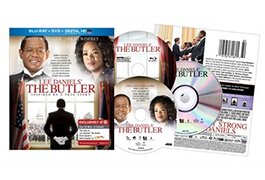 A flood of new releases arrived on shelves Jan. 14, with the biggest probably being Lee Daniels’ The Butler, the civil rights drama distributed by Anchor Bay. It’s certainly one of the only new titles with any exclusive promotions at retail.

Target offered The Butler with an exclusive bonus disc containing a television special featuring the cast from Oprah Winfrey’s OWN network.

Walmart’s copies of The Butler on both DVD and Blu-ray came with a bonus disc containing a look at the making of the film Mandela: Long Walk to Freedom.

Best Buy offered a $5 discount when The Butler Blu-ray was purchased at the same time as another Anchor Bay drama, Fruitvale Station.

Walmart had exclusive availability of Phase 4’s Western Ambush at Dark Canyon, with the DVD packed with a CD soundtrack of songs from star Kix Brooks.