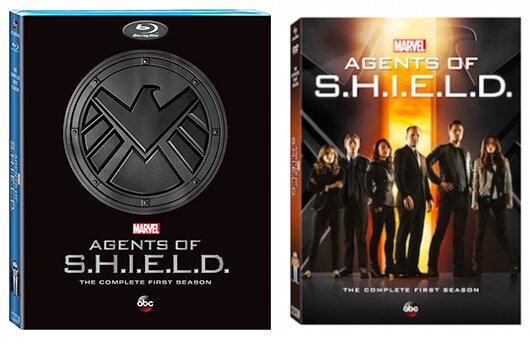 If the films of the Marvel Cinematic Universe are analogous to comic book miniseries or graphic novels, then “Agents of S.H.I.E.L.D.” would fulfill the same role as it does to the MCU on television: the ongoing series. While the major events unfold on the big screen, the series can focus on the smaller moments and fill in other details to connect the various MCU franchises while also pursuing its own stories.

That’s what makes the concept of the shared universe so enticing: All the elements can more or less stand on their own, but viewing them together in context creates a richer entertainment experience.

The spy organization S.H.I.E.L.D. was the constant tying together the early films of the Marvel Cinematic Universe, bringing the various superheroes together to form the Avengers. So it makes sense that an MCU TV series would focus on the organization.

The show deals with a mobile team of agents tracking down people with superpowers who slipped through the cracks, or other mysteries tied to events seen in the MCU films. The team is led by Agent Phil Coulson (Clark Gregg), who died in The Avengers but is back from the dead here, and the details of his resurrection form one of the season’s central plotlines.

"Agents of S.H.I.E.L.D." was developed by Joss Whedon, who directed the pilot before exiting to focus on the Avengers sequel. Then early episodes kind of meandered with various cases of the week that casually set up long-term story arcs, but the show seemed content to coast on its connection to the MCU, constantly dropping references to the films to the point of annoyance.

The low point may be the eighth episode, “The Well,” which promises a crossover with last year’s Thor: The Dark World, but then shows the team cleaning up the aftermath of that film’s climactic battle in the episode’s first few minutes before moving onto a completely unrelated Asgard plot.

The show doesn’t start to find its stride until episode 13, “T.R.A.C.K.S.,” a train heist story that pushes the show deeper into serialized storytelling and really brings the storylines into focus. Another “Thor” crossover comes in episode 15, with an appearance by Jaimie Alexander as Lady Sif, but it’s the Captain America: The Winter Soldier tie-in to episodes 16 and 17 that really elevates the show for the remainder of the first season’s 22 episodes, as Coulson’s team deals with the aftermath of the conspiracy that unfolds in that film, setting the stage for what should be a dynamic second season.

In addition. Samuel L. Jackson appears in two episodes as S.H.I.E.L.D. director Nick Fury, and Cobie Smulders pops in a couple of times as Agent Maria Hill, both reprising their roles from the MCU films. Other guest stars include Bill Paxton as another S.H.I.E.L.D. agent and J. August Richards (from Whedon’s “Angel”) as Deathlok.

The Blu-ray has a SeasonPlay function that makes binge-viewing the show extremely easy, plus a number of episode-specific commentaries from various members of the cast and creative team. There are also some deleted scenes and several behind-the-scenes featurettes, including one about the show’s most notable mid-season plot twist.

The most extensive extra is a featurette about the cast’s trip to the 2013 San Diego Comic-Con International and their experiences there.

Also included is the hourlong Marvel Studios: Assembling a Universe television special that examines the history of the films leading to the TV show. It’s a blatant promotional tool for the studio’s franchises but fanboys should appreciate it.