Plenty of retailers offered exclusive editions of Warner's Fantastic Beasts and Where to Find Them.

Walmart offered a special edition of the Blu-ray with a pack-in coloring book, for $5 more than the regular Blu-ray.

Amazon offered a Blu-ray gift set with a Niffler statue.

Among other titles, Walmart offered a gift set of the Monster High: Electrified Blu-ray packed with a DVD of Monster High: Frights, Camera, Action for $18.96. 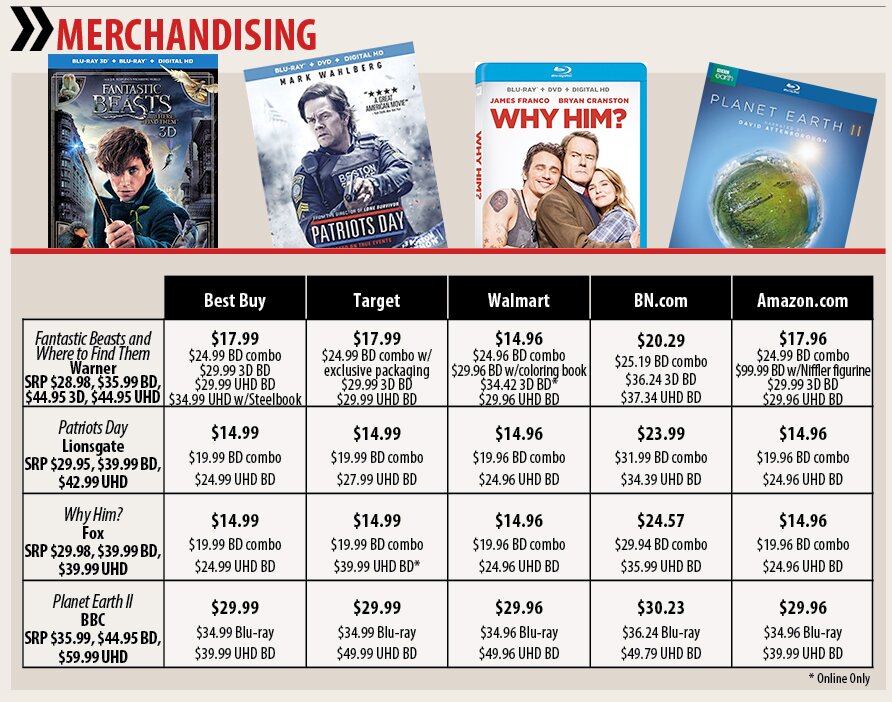