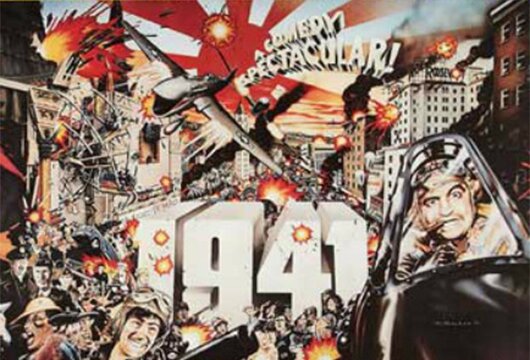 The long and distinguished filmography of Steven Spielberg makes it easy to overlook some of his efforts that didn’t quite live up to expectations. One such film was 1941, a World War II comedy from 1979 that was only the fifth feature-length film Spielberg directed.

But now, with an extended cut on a newly remastered Blu-ray edition, one of the film’s screenwriters, Bob Gale, says 1941 is worth a second look.

“I don’t know what people expected out of Steven, but it certainly wasn’t 1941,” Gale said. “He was coming off Jaws and Close Encounters, so everyone was expecting some movie that would change civilization. Instead, he made this crazy comedy.”

“We wanted to do a comedy where we had all these disparate characters doing stuff that's a little crazy, and everyone’s a little possessed about what they’re trying to do, and it builds to a critical mass,” said Gale, who co-wrote 1941 with Robert Zemeckis (the pair would go on to collaborate on the “Back to the Future” trilogy).

The film was inspired by a few real events during World War II: the Japanese shelling of the Ellwood oil refinery and the Great Los Angeles Air Raid, both in February 1942, and the Zoot Suit Riots of 1943.

“We’re big history buffs, and we came across this story about a supposed Japanese air raid,” Gale said. “For about five to six hours one night, the anti-aircraft guns in Los Angeles shot up into the skies at absolutely nothing. It’s just a fascinating bit of history no one knew about, and it seemed to us it was a comedy of errors.”

Gale recalls that the film was rushed into theaters after the studio trimmed a significant amount of footage. Later, Spielberg’s two-and-a-half-hour director’s cut aired on ABC, and home video versions of this edition helped the film become a cult hit.

“People are finally getting over their initial expectations and can look at what’s really there,” Gale said. “Now they can say that, for whatever flaws are there, this is an outstanding production.”

“All the special effects, especially the dogfight on Hollywood Blvd., it’s just some of the best miniature work done in Hollywood up until then,” Gale said. “And we’ll never see something like it again since no one in Hollywood does miniatures anymore.”

One big change for the Blu-ray, Gale said, was the remastering team was able to find music written by composer John Williams to score scenes that had been removed. Earlier versions of the extended cut reused music from other parts of the movie.

“It makes a huge difference with the added music,” Gale said.

Gale said the new Blu-ray version of 1941 is probably as close to his original vision of the film as he could hope for.

“I’m really happy with what it is now, how it looks and sounds,” Gale said. “Viewers are in for a treat, especially if they’ve never seen it or have only seen the theatrical cut. I think it’s the best it’s ever been.” 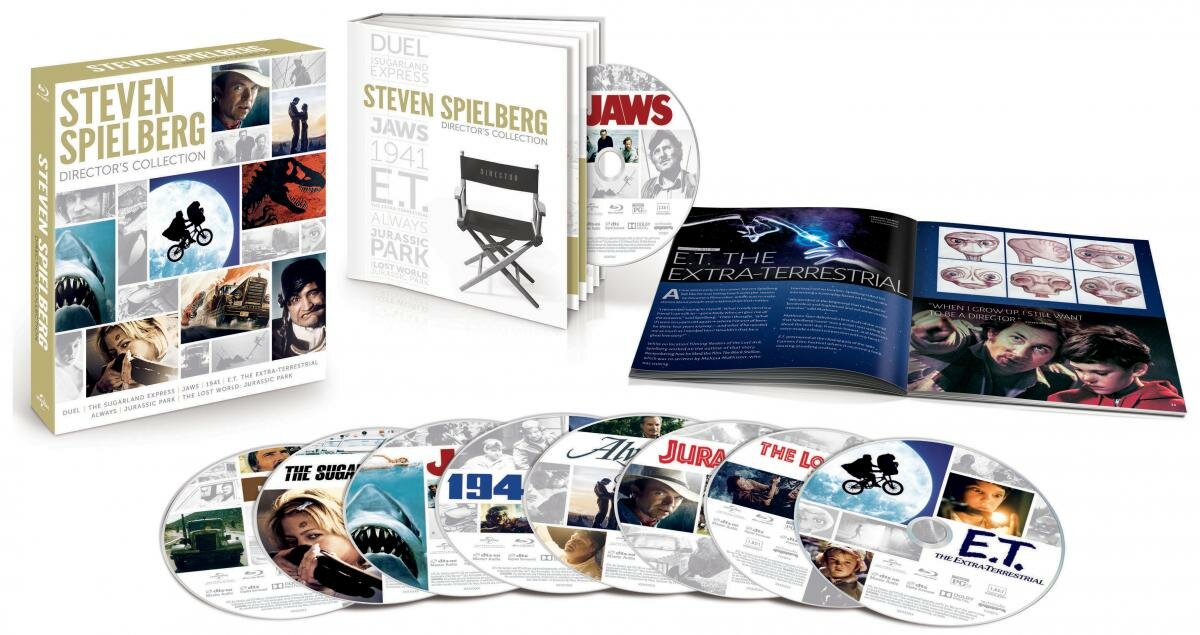