Traveling Back in Time With Our Digital Drivers 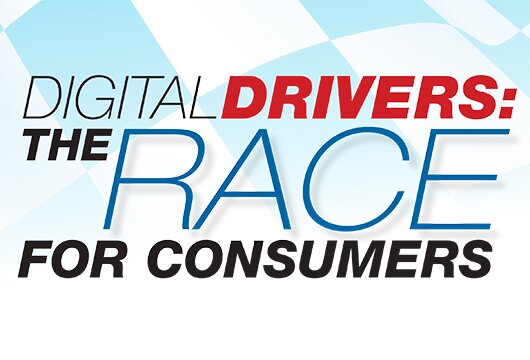 It’s been an exciting ride since we first produced the Digital Drivers section in the spring of 2011. In that issue, my colleague Thomas K. Arnold noted that Time Warner CEO Jeff Bewkes thought Netflix would remain a small player without the valuable content from the studios. “Is the Albanian army going to take over the world?” he quoted Bewkes as saying in an interview. “I don’t think so.” Nevertheless, we highlighted Netflix CEO Reed Hastings as a high-level digital strategist, along with Warner’s Kevin Tsujihara, who would later use his digital prowess to become head of the studio. We also anticipated a new digital locker called UltraViolet, which was to provide an avenue for consumers to collect titles digitally in the cloud.

What a difference less than a decade has made in our view of the digital landscape!

Netflix is making its own valuable content, which competes alongside studio content at annual awards ceremonies. The little online service that started with by-mail disc rentals to combat late fees is now a movie and TV series producer that leads the subscription video-on-demand market.

UltraViolet, later grouped into the Digital HD category, is but one of the services in an EST marketplace that includes Disney Movies Anywhere, that studio’s own locker service. Indeed, electronic sellthrough is a growing, vibrant part of the studios’ home entertainment business, but it is still a work in progress, as executives look to offer consumers a superior ownership experience digitally with extras and easier interfaces.

Digital Drivers and services have come and gone. Redbox’s Mitch Lowe was in that first section in anticipation of the kiosk company’s move into digital delivery. Ultimately, Redbox found it better to focus on the good old disc. Netflix executives Reed Hastings and Ted Sarandos, also featured in that first section, have become perennial Digital Drivers, and Walmart’s Vudu service, noted in 2011, is now a primary player in electronic sellthrough.

It’s been an interesting seven-year journey, with many twists and turns along the way. Even Netflix faced some headwinds, taking a big hit on Wall Street when it raised prices and later when the companies that delivered their heavy traffic pushed back and asked them to pay extra.

Where the road for our Digital Drivers goes in the future is likely to change as much as it has since that first section in 2011.

Digital Drivers: The Race for Consumers