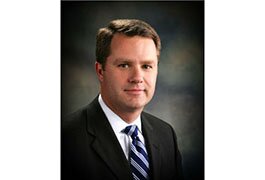 Walmart may be the perennial king selling movie discs throughout its expansive retail footprint of 11,000 stores, but efforts to replicate that success online remain a work in progress, new CEO Doug McMillon told a technology group.

Speaking May 28 at Re/code’s technology confab in New York, McMillon said Walmart aims to expand its online prowess across all product categories, including entertainment.

Despite generating a staggering $473 billion in 2014 fiscal-year revenue, Walmart made just $10 billion in revenue online — about half what Amazon generated in its most recent 90-day quarter, which included $5.4 billion in media revenue.

Walmart, which bought digital sellthrough platform Vudu.com in 2010, recently made it possible for members to share their UltraViolet movie files with up to five non-UV-registered friends.

The move was seen as an effort to attract eyeballs to Vudu, which reportedly generates less than 2 million users a month, according to comScore. Last year, Vudu enabled users to unlock UV digital files of select movies in the cloud from home for a fee.

McMillon said Walmart and Vudu would not get into producing original content — a strategy taken by Amazon, Netflix and Hulu. Instead, he is considering implementing software that would enable consumers to buy entertainment online and pick up at a nearby Walmart store, according to recode.net.

“We sell a lot of movies and music [in stores],” McMillon said. “But we have room to improve relative to our digital offering. We aspire to sell more.”