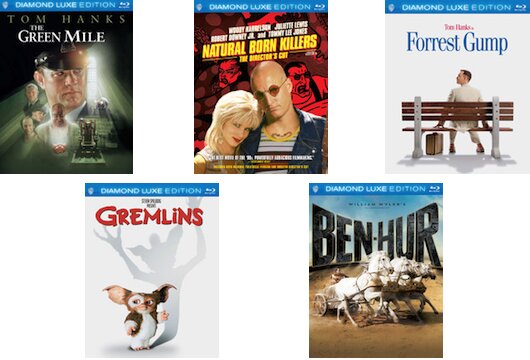 Warner Bros. Home Entertainment has shifted the street date for the first slate of its new Diamond Luxe Edition premium Blu-rays of catalog titles in order to provide an exclusive window of availability for Best Buy.

The titles had been slated for release Sept. 30, but will now be available only at Best Buy on that date. Warner has pushed back the wide release of the titles to Dec. 9.

The titles include new packaging and some offer new special features in addition to previously released material.

UPDATE (10/13/14): In addition, the 25th anniversary Blu-ray of Tim Burton's Batman has been changed to a Best Buy exclusive Nov. 11, with wide availability Dec. 9.