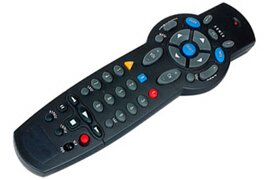 Comcast Corp. and MGM Aug. 13 said they have launched video-on-demand (VOD) channel Impact, the cable giant's newest effort to re-establish VOD as an alternative to DVD and electronic sellthrough.

Beginning this week, Impact will make available upwards of 30 movies per month, mined from MGM's catalog of more than 1,000 action-adventure titles, to Comcast's 25 million subscribers. Selections include “The Terminator” and “James Bond” franchises, The Magnificent Seven, American Ninja 2, RoboCop, Rocky, Bulletproof Monk and Into the Blue, among others.

Comcast, which claims more than 10,000 VOD titles per month, including 500 in high-def, previously launched horror channel Fearnet with Lionsgate.

“The Comcast On Demand platform is the perfect environment for targeted brands and programming,” said Jim Packer, co-president of MGM Worldwide Television.

Comcast, together with Time Warner Cable and others, has aggressively pursued VOD as incremental revenue counter to DVD. Critics contend releasing new movies on VOD day-and-date with DVD will cannibalize lucrative packaged media sales. News Corp.'s president and COO Peter Chernin, who overseas the 20th Century Fox Studios filmed entertainment division, among other properties, said same-day VOD/DVD tests between cable operators and studios remain inconclusive. He said he had no intention of releasing Fox titles on VOD and DVD simultaneously.

“Can't really blame the studios,” Enderle said. “[DVD] is solid revenue, and they don't want to prematurely cannibalize it. But the market is moving, and at some point they'll need to move with it or be bypassed.”

To date, Warner is the lone studio that has pledged releasing all new titles on VOD and DVD simultaneously.

James McQuivey, media analyst with Forrester Research, said cable VOD poses a lucrative option to studios due to the millions of subscribers equipped with VOD capability. He said studios ultimately will decide which alternative distribution channels (VOD and electronic sellthrough) have a chance.

“Their monopoly of content is the only source of long-lasting power in the industry,” McQuivey said.

He said while DVD remains a cash cow to the studios, same-day VOD and DVD releases are irresistible because studios don't have to market a title twice through staggered releases — a plus to smaller studios.

“The window has already shrunk from 60 to 45 days in most cases and to 30 days in others,” McQuivey said. “Expect that shrinking to continue.”
Bookmark it: digg del.icio.us technorati yahoo facebook twitter
Add Comment