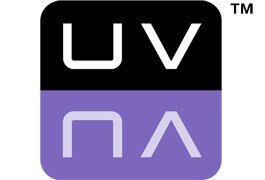 Walmart’s Vudu.com May 14 introduced a that allows users to share their UltraViolet-compatible movies with friends.

Dubbed “Share My Movies,” the feature enables a registered user to enter the emails of up to five friends who will then have access (after registering themselves) to their UltraViolet movies.

UltraViolet is the industry-backed initiative that enables consumers to store digital copies of their movies in a cloud-based locker system. This marks the first time UV-compatible movies can be shared.

Vudu last year allowed users to unlock UV copies of titles they own on DVD and Blu-ray Disc for a fee.

While the move could broaden consumer exposure to UltraViolet, enabling friends to share digital movies free of charge could put a dent into the disc rental business if increasing number of consumers opt to "borrow" their friends' movies instead frequenting the video store or Redbox kiosk. While the specter of sharing movie discs with friends has always existed, Vudu now makes it as easy a few clicks on the computer.

"Stupid is as stupid does," emailed the owner of a Midwest video store.

While the addition of this feature to Vudu could be useful to consumers, B. Riley & Co. analyst Eric Wold believes the impact on existing video stores and Redbox will be limited.

Specifically, Wold said Ultraviolet and Redbox typically support two different types of needs: The former for accessing libraries of purchased movies and Redbox to rent new release movies soon after they become available on street date. The analyst contends that titles being shared through the Vudu feature will likely be catalog fare earmarked for future purchase, or animated movies to be accessed by families with kids.

"I think it’s unlikely that consumers would immediately purchase new-release movies (ones that people would be renting through Redbox) and them make them immediately available to their friends," Wold said in an email.