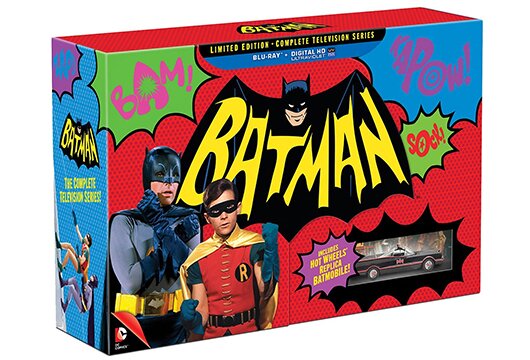 Almost from the moment the highly anticipated home video version of the 1960s “Batman” TV show hit shelves, fans took to the Internet to report that, despite the intense remastering of the series, some scenes were missing from a few episodes. Now, Warner Bros. Home Entertainment has announced a plan to replace the affected discs and digital versions.

In a statement, Warner characterized the issues as “less than five minutes of footage within the 50-plus hours of entertainment.” Among the missing elements: the final scene of the season-two episode “Marsha’s Scheme of Diamonds”; rarely heard narration that opened the first episode, “Hi Diddle Riddle,” and introduced fans to the series; and an assembly of villain tags from the end of assorted episodes.

“We recognize our obligation to the fans of this landmark series, and we have worked diligently to identify all issues and provide resolutions as quickly as possible,” said Rosemary Markson, SVP of TV brand management and retail marketing for WBHE.

To resolve the issues, WBHE is offering replacements for the discs that contain the two affected episodes. The villain tags will be issued as an assembled string on one of the new discs, and as an added bonus, WBHE has obtained a promo for Batman’s vehicles that aired during the first episode of the second season, as well as an original promotion tag that aired on the original showing of the season-two finale. The fixes will also be made to the Digital HD versions of Batman: The Complete Television Series.

Customers seeking the replacement discs are asked to fill out a form at www.warnerbros.com/help/customer-service. A spokesperson for Warner indicated specific instructions for the "Batman" disc replacement program are still being worked out.

In addition, Warner is re-releasing the complete-series Blu-ray as a streamlined boxed set without the premium items or Digital HD copies available in the limited edition. Those who purchase this set also will need to utilize the customer service form to obtain replacement discs.

A timeline for availability of the discs has not yet been announced.

UPDATE (12/17/14): The studio is directing consumers to or to call 800-891-1311 to register and initiate the replacement process. Those who have already sent an email to customer service should be contacted to complete the registration process by early 2015, according to the studio.