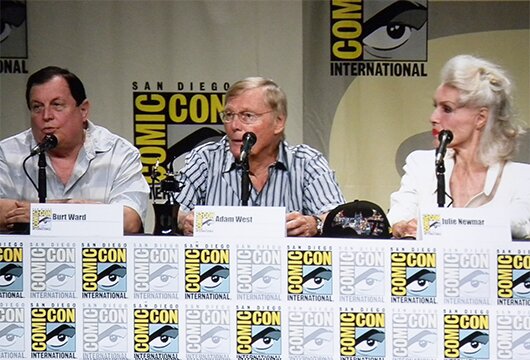 SAN DIEGO — The question of which actor played the best Batman is likely to be debated in perpetuity. But for Burt Ward, who played Robin on the classic 1966-68 “Batman” TV series, the answer is simple.

“In my opinion, no disrespect to anybody, there is only one Batman, and that’s Adam West,” Ward said.

Ward and West joined Julie Newmar, the series’ original Catwoman, at the 2014 San Diego Comic-Con International July 24 to share their memories of the show and promote the long-awaited home video release of the series Nov. 11 from Warner Bros. Home Entertainment.

Warner will release the show’s three seasons as a complete-series set on Blu-ray ($269.97), DVD ($199.70) and Digital HD, with all 120 episodes completely remastered for high-definition. A $39.98 DVD first-season set of 34 episodes also will be available.

“What we did that was so different from every other show in history, was for the very first time we actually put on the audience,” Ward said. “Here we were playing bigger-than-life characters, which, of course, kids love. And we played it seriously, but we taunted the adult audience with our innuendoes, and everybody came away with something that they felt was special to them.”

Newmar said the show was a perfect tonic for the turbulent 1960s.

“This was a different time in history,” Newmar said. “Between the 1950s and the 1970s there was something called camp. Camp is really an exaggeration. But after that things got darker and drearier and more depressing. And we had a bunch of wars going on, but boy did we enjoy those ’60s.”

“There was a sexual tension that had to be created between Batman and Catwoman to make it really interesting to the adults,” West said. “We did the show on several levels, and that’s the reason I think for much of the longevity.”

“Adam and I played it very straight so the kids could have the hero worship of the characters,” Ward said. “And for the people who remembered the comic book there was the nostalgia for the adults, and for the teenagers and college kids, which at that time was almost an impossible audience to capture, the double meaning and all the innuendos that Adam and I did really caught on, and that’s why I think Batman was so successful because we appealed to everybody.”

Newmar said playing a villain had its rewards as well.

“With the sassiness of the character, I just had so much fun,” Newmar said. “It’s like being a 6-year-old, with all the plots and schemes and deceptions.”

West said his favorite episode is the very first one.

“It just set the tone for the show, and it worked,” West said. “Frank was manic and wonderful as the Riddler, and to play opposite Frank was great for me because I love that kind of on-the-edge, dangerous acting and improvisation.”

The complete-series sets include more than three hours of never-before-seen bonus content, including the featurettes “Hanging with Batman,” a life in the words of West; “Holy Memorabilia Batman!,” a look at sought-after collectibles; “Batmania Born! — Building the World of Batman,” a look at the art and design behind the characters; “Bats of the Round Table,” a candid conversation with West and several celebrities; “Na Na Na Batman!,” in which Hollywood stars recount their favorite Batman memories; and “Inventing Batman,” in which West shares his script notes for the first two episodes.

“In a way it’s actually wonderful that it comes out now because not only do they have all the adults who watched us as kids, but those adults have children, and in some cases grandchildren, who watch us in reruns,” Ward said. “So the actual audience for ‘Batman,’ our show, is probably two to three times bigger than we had even when we were primetime.”

The Blu-ray boxed set will include such exclusives as a Hot Wheels replica Batmobile, an Adam West Scrapbook containing photos from West’s own archives, 44 vintage trading cards, an episode guide and UltraViolet digital copies of all 120 episodes.

The actors said they were amazed by how vibrant the show looks in high-definition,

“It knocked me out of my socks,” West said. “This is incredible. It’s the way Batman should be seen.”

“Our show at the time was so extravagant, so state of the art,” Ward said. “I think it’s because everything worked, everybody worked hard, and we made a successful, wonderful show. There’s no reason 500 years from now people still won’t be seeing it.”

For their efforts, the three icons received a number of accolades. San Diego police chief Shelley Zimmerman showed up during a press conference to give West a special coin to commemorate his service as Batman. And during a panel to show off the upgraded image to the massive Hall H crowd, the trio were each honored with Comic-Con’s Inkpot Award, given to those “who have helped promote comics and the popular arts.”

“I think all of us are proud we brought a lot of happiness to millions and millions of kids all across the world, and I think that our shows had some very positive things for kids, even though it was funny for adults,” Ward said. “We gave a positive outlook in a world that was becoming increasingly dangerous every single day. So to have our show come out, especially now, is going to bring a wonderful breath of life and humor and fun and imagination and positive things for kids, and I’m really very proud of that.” 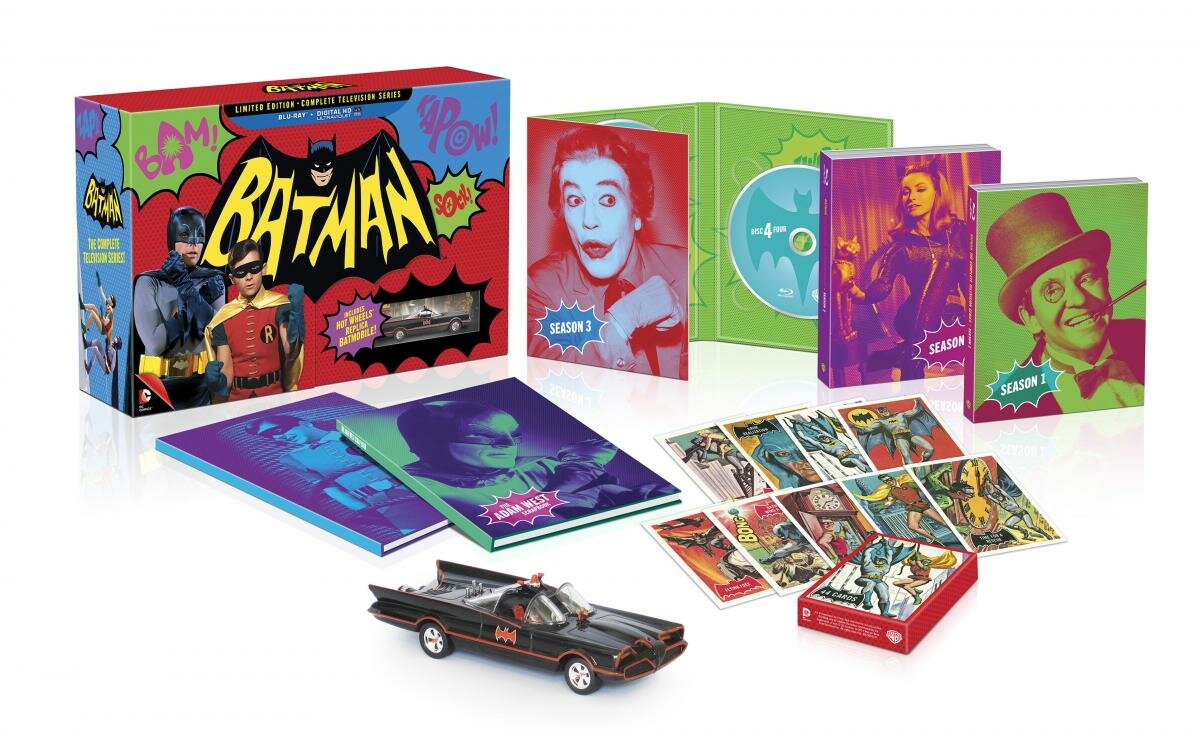