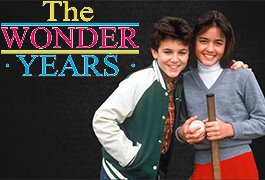 Time Life’s StarVista Entertainment unit is set to finally release “The Wonder Years” on DVD. The distributor, known for its direct-marketing campaigns of premium TV DVD product, has licensed the show from Fox and will debut The Wonder Years: The Complete Series in the second half of 2014.

The show, which ran for 115 episodes on ABC from 1988 to 1993, has frequently topped lists of the most-requested TV series not yet on DVD. During its six-season run, “The Wonder Years” earned critical acclaim and several awards, including the Emmy for Outstanding Comedy Series in 1988.

"The Wonder Years has long been the most requested TV show yet to be released on DVD, and we're thrilled to have the incredible opportunity to bring this iconic show to its many fans," Jeffrey Peisch, SVP of entertainment programming and marketing for StarVista Entertainment/Time Life, said in a statement.  "As we've done with many other classic TV shows, the series will be treated with the care and attention it fully deserves after all these years, with deluxe packaging, robust extras and a lot more.  We're really big fans of the series, too."

Previous shows to get deluxe releases from Time Life include “Get Smart,” “The Carol Burnett Show” and “China Beach.”

“The Wonder Years” starred Fred Savage as a teenager growing up in the 1960s, as his adult self (voiced by Daniel Stern) narrated each episode. The cast also included Danica McKellar, Dan Lauria, Alley Mills, Jason Hervey, Olivia d'Abo and Josh Saviano.

The show also featured an assortment of classic music from the period, with Joe Cocker's cover of “With a Little Help From My Friends” serving as the show’s theme song. Music clearances were the major hurdle preventing a DVD release.

As it did for “China Beach,” Time Life announced it is painstakingly securing the rights for virtually every song in “The Wonder Years,” which includes hundreds of memorable soul, rock and pop songs, including classics from The Beatles, Bob Dylan, Smokey Robinson, Joni Mitchell, Van Morrison and others.

Fans can visit for exclusive updates and to preorder the set.