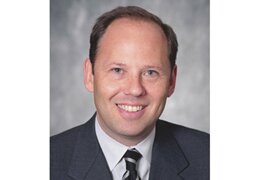 This past January, Kevin Tsujihara was catapulted into the CEO slot at Warner Bros. largely because he is a very smart man with a history of making good choices.

In selecting Sanders, Tsujihara — widely considered one of the most promising executives in Hollywood — chose someone much like himself. As I said in a previous column, during Tsujihara’s run as head of the Warner Bros. Home Entertainment Group he not only stood out from the home entertainment pack, he stood out ahead of it.

Under Tsujihara’s watch, Warner was consistently in the lead when it came to innovation, creativity and vision. And Sanders was right there by his side, keeping the machinery of the home video operation running smoothly — Warner consistently held the No. 1 market share spot among the major Hollywood studios — while working alongside his boss in crafting a strategy for the future.

Sanders, like his boss, also represents a new breed of executive we’re beginning to see more and more of in the Hollywood studio leadership ranks: Sensible, reasonable, even affable — a far cry from the desk-pounding tyrants of Hollywood lore. Anyone who knows Ron Sanders, who has worked alongside him, knows how incredibly hard it is to dislike him. When he says something, he means it. When he makes a promise, he follows through. He looks you in the eyes when he speaks to you; he is passionate about the industry, about Warner Bros., about business, about life.

Sanders joined Warner Home Video in 1991 and grew up in the business during the Warren Lieberfarb years, a particularly creative and productive era that saw the development of DVD, which ranks up there with the iPhone and the iPad as one of the most successful consumer electronics product launches ever. He ran Warner’s rental business during the tumultuous mid-1990s period of consolidation and copy-depth incentives; he subsequently moved across the aisle to sellthrough sales just as the floodgates opened and then was sent to London as managing director of the United Kingdom and Ireland divisions. He did so well that he was promoted to head of the entire EMEA (Europe, Middle East and Africa) region, overseeing Warner’s home video operations in 28 territories. He returned to the United States in 2002 and was appointed president of the division in October 2005.

A veteran journalist, after interviewing Sanders some years back, quipped, “I wish there were more home video presidents like Ron Sanders.” That quote has stuck with me ever since, and I believe is a testament to his integrity and foresight, his passion and his vision. He’s a good man — and the right man for his new job.