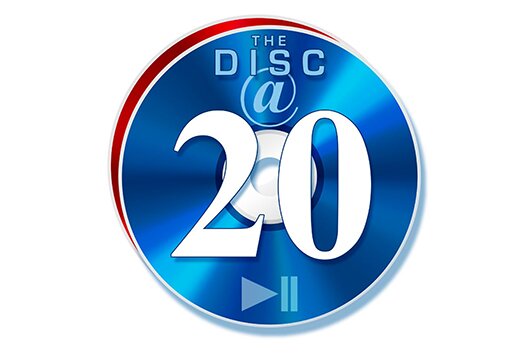 The DVD, the most successful consumer electronics product launch in history, turns 20 this spring.

It was the last week in March 1997 when I received that first black box of DVDs from Warner Home Video, whose president at the time, Warren Lieberfarb, is widely considered the “father” of the format. It was Lieberfarb’s vision that saw the potential of the consumer purchase (rather than rental) model; it was Lieberfarb who got the Japanese CE guys on board and who convinced his studio counterparts to come along, with support from Sony Pictures’ Ben Feingold.

We all knew at the time our industry was on to something big, but no one at the time could have predicted how big: A sweeping transition from renting videocassettes to buying discs led to double-digit gains in consumer spending for a good eight years, and at long last gave home entertainment executives a say in greenlighting movies after that fateful moment (I believe it was in 2001) when spending on discs outpaced spending on movie tickets.

Money breeds respect, and our little industry minted tons of both.

DVD’s legacy is just as impressive. Technological advancements in the five-inch disc led to the Blu-ray Disc and, most recently, the Ultra HD Blu-ray Disc. Today, most discs are packaged in “combo packs” that transcend physical media by also including a “digital copy” consumers can watch from their hard drives or the cloud.  And with Netflix eating Hollywood’s lunch, the disc’s viability — both as a standalone product and as a means to promote the concept of digital ownership — is something to be both lauded and perpetuated.

It’s funny — back in mid-1996, when I heard DVDs were finally going to come on the market, all I remember thinking was, “What took them so long?” It was, after all, 15 years after another shiny little five-inch disc, the CD, revolutionized the music industry. I was big into music at the time. Audio purists swore by the LP, but for me — and hundreds of millions of other consumers the world over — convenience trumped any audio superiority analog might have over digital. And besides, records wore down with use and, invariably, developed snaps, crackles and pops. I was more than willing to sacrifice a little audio quality if I could listen to Springsteen’s “The River” without a nasty skip right when he was reminiscing about Mary’s body “tanned and wet down by the reservoir.”

The clunky videocassette, in my view, was just as flawed, and I still recall in the early days of CD looking with disdain at my VHS library and wishing I could get movies on disc, as well.

In the early 1990s, there was briefly a product called CD-I, mostly for interactive video discs. A few movies came out on CD-I, and I was ecstatic. No matter that you had to change discs at least once, and that the color black just didn’t look right — CD-I was it. When the format crashed and burned, I mourned — but then came my first meeting with Warren Lieberfarb and I was giddy with anticipation.

I still have that first box of DVDs from Warner — and damn if those DVDs don’t still look good, even on the pricey new Ultra HD TV with HDR in our bedroom.