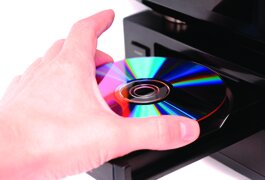 It’s a tough business. That’s what I’m hearing all around from studio executives and retailers as the home entertainment business adjusts to life as a middle ager (which the U.S. Census says starts at 35).

“This job is no fun anymore,” one high-ranking studio executive recently told me. “Every week, it’s all about cutting — taking out costs to save the bottom line.”

Traditionally, when businesses find themselves in a mid-life crisis, they focus on reinventing themselves and hopefully reinvigorating their revenue streams. The defense industry is a perfect case in point: whenever there’s another cycle of downsizing, defense contractors figure out some other business to get into. In 2012, a company called RTI Internationals, which had built its business largely on selling titanium to the U.S. defense industry, bought a medical-device business focused on spinal implants and other products for the nation's growing number of senior citizens.

Our business is a little different: We’re not suffering a cyclical downturn, but, rather, a transformation from one method of distribution (physical) to the next (digital). Americans haven’t slashed their home entertainment budgets; they’re just spending it in different ways, such as Netflix subscriptions.

We also have a clear eye toward the future: If digital distribution is the new way consumers will get movies and other content into their homes and onto their personal devices, then we need to transition the most profitable aspect of our current business — the consumer purchase model — into the digital realm, which studios are doing through Digital HD and, to spur sales, early release windows.

The problem is that the transition isn’t happening smoothly. It’s a bumpy road, with the biggest obstacle being subscription streaming services and video-on-demand.

And while we all still hope that one day these obstacles will be overcome, it’s managing the interim that’s proving to be problematic. With declining revenue from discs, it’s hard to maintain staff and marketing dollars that may well be needed in the fight to get consumers to buy downloads.

Compounding the problem is that the proverbial light at the end of the tunnel isn’t as bright as many of us had hoped. Sales of downloads may never approach the peak of Blu-ray Disc, much less DVD, simply because the joys of ownership have traditionally been centered on a material object you can look at and hold and file away and show off to your friends.

I most certainly want to own The Wizard of Oz, for example — but if there was no such thing as disc, I’m not sure I would fork over $10 or $20 for a download that lives on my hard drive — or a “license” to access the film in the cloud.

Ah, the joys of  middle age.