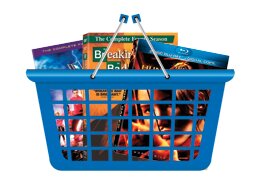 Our industry is learning a lot about consumer habits this fourth quarter. With less than three weeks before Christmas, a few observations can be made that may impact how studios and retailers do business in the coming months.

For starters, the old debate about whether consumers are price sensitive when it comes to purchasing Blu-ray Discs and DVDs appears to have been settled, once and for all. The answer, judging from shopping carts filled to the brim with deep-discounted discs on Black Friday, is a resounding yes. Price it cheap enough, and consumers will buy.

Concerns about the “race to the bottom” that dominated studio boardrooms just a few years ago need to be put aside as we realize that in the new economy, it’s all about bargains. Keep in mind that consumers can rent discs for a buck at Redbox, stream movies for not much more over the Internet and access all sorts of free, or almost free, entertainment on sites ranging from YouTube to Hulu. They’re going to think twice about spending more than $10 to buy a movie, particularly one that’s been out for a while.

My conclusion: Price discs cheap enough and you’ll more wind up with more than enough additional sales to compensate. Would you rather sell 1 million discs at $8 each or 200,000 at $15? That’s what I thought.

Secondly, like sharks, consumers tend to enjoy feeding frenzies. The more the merrier is what we’ve seen this fourth quarter, with the most successful titles coming out a week or two before Thanksgiving and then being widely available, at a lower price, in time for Black Friday. Dating is still important, but go out too early or too late and you may miss your carriage.

December, in particular, is one of those months that used to be quite good for our business. But now, consumers bought so many discs over the extended Black Friday sales period that they need a few weeks to digest — although we don’t yet know whether we’ll see a rebound as Christmas draws closer, fueled by impulse buyers and last-minute gift shoppers.

The third lesson we’ve learned is one that some marketers, particularly the folks at Warner, have known for some time. There’s a vibrant and, perhaps, growing market for elaborate Blu-ray Disc and DVD gift sets, and this market isn’t price sensitive at all. Indeed, package the right movie or movies with a carefully selected batch of extras — both trinkets and content. Aim your marketing at the fan base, reaching out to them wherever they may be. Produce a limited quantity and make sure the fans know this. And, bingo, you’re going to score.

Packaged media is far from dead.  We just have to keep tabs on what consumers want and give it them.