Fox CFO: We Have No Plans to Go OTT 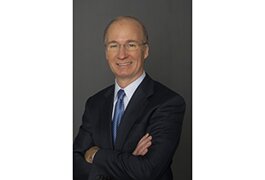 Executive John Nallen views SVOD as complementary to broadcast in the U.S.

In the crush to grab a seat on the direct-to-consumer streaming bandwagon, 21st Century Fox is taking a pass, CFO John Nallen told an investor group.

The executive said Fox is not about to emulate recent announcements by CBS and HBO regarding subscription streaming services launched and pending.

“We don’t currently have any intentions to launch that kind of product,” Nallen said.

That said, the CFO stressed Fox is aware of the burgeoning over-the-top video and SVOD worlds — the latter offering myriad Fox programing. Indeed, Netflix will stream the first season of Fox freshman noir thriller “Gotham” after it concludes its initial run. The series is produced by Warner Bros. Television.

“In this era of new business models and expanding windows, this is an unprecedented deal for our company and our industry,” Jeffrey Schlesinger, president of Warner Bros. Worldwide Television Distribution, said in a statement about "Gotham" in September.

Nallen said Fox is mindful of the new TV broadcast world order, whereby episodic content is licensed to third-party streaming services while still in broadcast on a separate broadcast network. Obtaining the rights to that programing is now referred to as “stacking” rights.

“We’re happy to participate in that provided we are getting the appropriate value,” he said.

When asked if Hulu could get as big as Netflix, Nallen laughed and said that remained an “aspiration” among the streaming platform’s three corporate owners, including The Walt Disney Co. and Comcast.

The executive said the collective infusion of $750 million for content programing, personnel and marketing is for the domestic growth of Hulu, with a renewed push in the past six weeks toward consumer awareness in the U.S. of Hulu and Hulu Plus.

“We see it as a formidable SVOD choice in the market, while offering different product than Netflix does,” Nallen said. He sees Hulu as a choice for households also subscribing to Netflix.

“You wouldn’t necessarily see them as incompatible products,” Nallen said.

He said the evolution of SVOD in European markets, with relatively new multichannel video program distribution, is different from the United States, which has had a mature MVPD market for some time.

He said that as the international markets grow, consumers there will have a different choice than consumers in the U.S. regarding SVOD and pay-TV.

“But to a majority of those markets, the bundled content package — led by sports — will still be the growth product,” Nallen said. “I don’t see [SVOD] as a substitutive product where people would abandon pay-TV.”