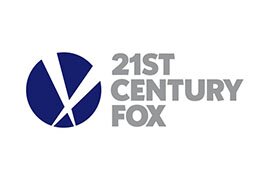 Strong domestic home entertainment and theatrical results from The Fault in Our Stars and global retail sales of 'Rio 2' contributed to 20th Century Fox Studios reporting a record first-quarter (ended Sept. 30) operating income of $458 million — up 40% from operating income of $328 million during the prior-year period.

Fox, which includes 20th Century Fox Home Entertainment, saw revenue climb 17% to more than $2.4 billion. Year-to-date, the studio was the first in the industry to top $4 billion at the global box office.

In the quarter, main theatrical drivers included Dawn of the Planet of the Apes and The Maze Runner, which have generated more than $700 million and $300 million at the global box office, respectively.

“[Regarding] the film demand, we feel really good about it, especially internationally,” Carey said. “When it comes to the emergence of digital platforms, we actually view it as the most exciting and important opportunity for our future growth. It means there will be increased competition for our content. It also means we will be able to engage the consumer more directly.”

“That’s a business [model] we feel really good about,” he said.

Carey said the burgeoning over-the-top video market does not mean an end to the traditional bundled pay-TV business model — despite increasing media hype to the contrary. In fact, the COO contends the multichannel video program distribution business model will continue to be the primary choice among consumers for years.

The executive said the challenge is to build business models that fairly compensate Fox for its content and brand and do not undermine traditional business models. Carey said public consumption of entertainment is changing but at the same time represents a “glass half-full” opportunity for Fox.

“We … recognize the traditional bundle is fraying at the edge due to both Millennials with different lifestyles and economic pressures in tough times. There will be a gradually increasing number of consumers that want more choice in programing options. We believe most of these customers will still want bundled programing as a foundation.”

When asked about Hulu, the streaming service co-owned with The Walt Disney Co. and Comcast, Carey said there remains a fine line between ad-supported SVOD services such as Hulu and ad-free services such as Netflix and Amazon Prime Instant Video.

Hulu (and Hulu Plus) continue to lead — by a wide margin — the OTT video industry in ad-embedded programing. The service regularly subjects viewers to more than 80 ads per month. Hulu generated about 60% of its $1 billion in 2013 revenue from advertising.

Carey’s boss, Rupert Murdoch, Oct. 29 at a Wall Street Journal media event in California, reiterated the need for Hulu to step up and be more aggressive challenging Netflix and Amazon Prime.

But Carey seemed more measured about the strategy. He said Fox continues to get paid a premium from Netflix and Amazon Prime — a scenario likely not replicated licensing content to subsidiary Hulu.

He said the OTT services represent a combination of benefits and challenges in generating fair value for Fox content. Specifically, Carey said services such as Netflix should pay a premium because their subscribers do not have to watch ads.

Ultimately, he said consumers will have the control over their home entertainment consumption and media owners will have to adapt.

“What should be the models out there for consumers in the marketplace? We want to make sure we are proactive in forming our own judgments about what types of ways we can create attractive offerings that are additive to our businesses,” Carey said.