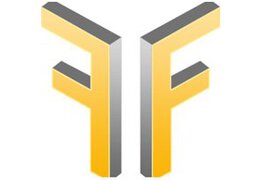 UltraViolet is the industry-backed cloud-based content storage system intended to spur sellthrough of both packaged-media and digital movies.

Under terms of the deal, VPD retail clients entering into an agreement can provide FlixFling services to their customers and end-users as either a co-branded or white label service. VPD will be the exclusive reseller of select DVD and Blu-ray Disc titles featuring a proprietary FlixFling digital copy from participating content providers. UltraViolet digital copies can be redeemed at FlixFling.com.

“As a physical content distributor, we’ve been faced with the challenge of how we could offer a digital companion solution to our retailers,” Don Rood, VP of sales at Folsom, Calif.-based VPD, said in a statement. “FlixFling offers us just that: UV redemption, cloud-based storage, VOD, and exclusive physical goods only available through VPD. It’s all about adding value.”

“With UltraViolet being out of reach for many smaller content providers, this is a great way for them to have a competitive physical product offering and increase value to the consumer while exposing them to a digital experience not offered anywhere else,” FlixFling CEO Thomas Ashley said in a statement.

Separately, FlixFling launched an acquisitions company — Invincible Entertainment Partners — at the Cannes film festival. The company's mandate is to acquire movies for FlixFling's on-demand streaming service as well as for U.S. theatrical release. The company’s head of acquisitions is J. Andrew Greenblatt.

In addition to new releases, catalog and library fare will also be targeted for acquisition, according to Ashley.

“Because audiences have so many choices in terms of where they can find entertainment content, we now have to be much more selective and find films that have tangible connectivity to an audience,” he said.

FlixFling to Bow Wireless Movie Streaming Platform for the TV