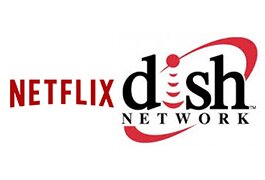 While Netflix and other subscription streaming services for some time have been accessible via broadband service offered by major ISPs such as Comcast, Time Warner Cable, Verizon and AT&T U-verse, inclusion of the Netflix app in Dish’s second-generation Hopper DVR simplifies the process.

More importantly, inclusion of the app signifies the impact Netflix continues to have altering the TV viewing landscape, and has become a marketing tool of sorts to drive third-party sales. For example, many consumer electronics manufacturers include the Netflix app in smart TVs, Blu-ray Disc players, remote controls and streaming media players.

Yet, Comcast, AT&T, TWC and Verizon continue to decline to integrate Netflix and third-party SVOD services into their video platforms due in large part to fears the services would compete against proprietary video platforms, including the bundled channel ecosystem. Dish's move could signal a shift in that thinking.

"This app integration eliminates the need to switch television inputs to access content on varying devices. It gives our customers easy access to their favorite shows and movies, on both Dish and Netflix, without ever having to leave their Hopper,” Vivek Khemka, SVP of product management at Dish, said in a statement.

"Many households subscribe to both Netflix and a traditional pay-TV service. Our vast [content] library, combined with Dish's lineup of live television content, gives customers easy access to a wide variety of complementary programming," Bill Holmes, global head of business development at Netflix, said in a statement.

In the coming months, Dish expects the Netflix app to be included in Joey, Super Joey and Wireless Joey DVRs. Additionally, it said titles available on Netflix could be integrated into the search functionality across live, recorded and VOD programs for both the Hopper as well as the satellite TV operator’s forthcoming over-the-top video service.