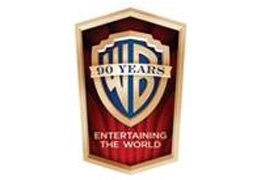 While there are many historic and legendary spots in Hollywood, the Warner lot is one of the most iconic. As Warner Bros. sets out to celebrate its 90th anniversary next year, which will occur on April 4, 2013, studio executives last week chronicled the studio’s long history — from its visionaries, the four Warner brothers, to its groundbreaking launch of sound pictures, to its longstanding relationships with and championing of talent such as Clint Eastwood.

The unveiling of the anniversary plans occurred on a studio lot where such legends as Bette Davis once strolled. While film was the original medium that made the Warner lot what it is today, it is mostly likely on disc that many younger fans learned to appreciate the work of Davis, the Warner brothers and numerous other filmmakers, technicians and stars that graced its avenues.

Thus, it is fitting that Warner’s celebration will include the release of numerous — some truly gigantic — disc collections. From The Jazz Singer, which helped launch sound pictures and is being released for the first time on Blu-ray, to James Dean and Best Picture Oscar collections, among other gems, the home entertainment team at Warner will unveil a feast of films on disc in 2013.

In an environment in which “going digital” is pervasive, disc still is the best medium consumers have to own a studio’s memories in permanent, collectible form.

A few years ago at the Consumer Electronics Show in Las Vegas, director Oliver Stone lamented the fact that many consumers are watching films digitally on small screens, in low quality, calling it “depressing” to filmmakers. He urged the audience to watch films on disc. “Go against the grain — collect!” he said.

Luckily, Warner Bros. Home Entertainment Group is making collecting films from its studio library more enticing than ever. The studio has been known for spending millions to restore its library, and has continued to enhance the value of its classic content in preparation for the 90th. Film aficionados no doubt will appreciate the effort and care studio executives have taken for the 90th anniversary for years to come.