In Praise of Indies 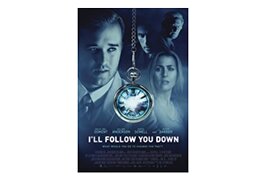 Independent distributors have long been a crucial part of the home entertainment business, picking up films, TV shows and catalog titles that might have gotten lost in a market dominated by big-budget blockbusters. While many of these titles get some play at festivals, in theaters or on television, they often find their audience via home entertainment, either on disc or digitally.

The Entertainment Merchants Association’s Independent Product Market this month in Marina del Rey gathered top indie players who continue to support smaller films and other non-blockbuster product. The indies are facing many challenges in a multi-faceted entertainment distribution arena, and I salute them for continuing to champion good content that might be otherwise overlooked. I salute the EMA as well for recognizing top titles distributed by independents.

The EMA honored actor Haley Joel Osment with its Independent Career Achievement award. Osment, who many may remember for his breakthrough role in The Sixth Sense, stars in Well Go USA Entertainment’s Aug. 5 release I’ll Follow You Down. He noted that he was attracted to the film because it had a great script. That’s a refrain I’ve heard many times over the years when interviewing actors, actresses and other talent who have signed on to work on smaller films. These indie films and their distributors help filmmakers and performers hone their art.

Independent films have also provided a forum for young directors, actors and other talent to get their feet wet. Top talent — including Ron Howard, Peter Fonda, Jack Nicholson, Martin Scorsese, James Cameron and Peter Bogdanovich, to name just a few — polished their acting and directing skills in indie films produced by the legendary Roger Corman before they ever made their first blockbuster.

Like many people, I love a great blockbuster, but I also relish the opportunity to discover a new indie film or documentary. And I am grateful to independent suppliers for their contribution to this business.